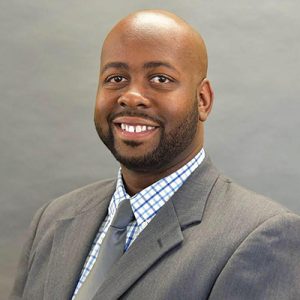 A product of Chicago’s housing projects, Thomas Dixon and his family made South Carolina their home in 1985. In 2001, after battling drug and alcohol addictions for 30 years and a brief stay with the South Carolina Department of Corrections, Dixon embarked on a journey of public service and advocacy. In 2005, he founded Summerville Christian Fellowship, which he pastored until 2012, when the call of social justice took him out of the pulpit and into the streets.

Pastor Dixon has since worked with a variety of social justice organizations, from the South Carolina Crime Reduction Coalition to his own organization, The Coalition: People United to Take Back Our Community, but he is most notably recognized for his local peacekeeping efforts during the aftermaths of the Walter Scott shooting and Mother Emanuel tragedy. This year, in the wake of the unrest seen across the nation at the killings of people of color, he worked with youth activists across the Lowcountry, bridging the gap between the activism of the past and the energy of the present.

Ricardo Perry will receive the Joseph P. Riley, Jr. Vision Award during the 2021 MLK Business and Professional Summit, to be telecast to a virtual audience at 7:30 a.m. on Tuesday, January 19 from the Camden Room at the Charleston Area Convention and Visitors Bureau in downtown Charleston. The co-chairs of the Joseph P. Riley, Jr. Vision Award Committee, Ms. Danielle Hardee and Ms. Jennifer Brown, will present the award to Perry.

Named for Mayor Joe Riley, a highly respected and visionary leader who capped a 40-year career as mayor of Charleston on January 11, 2016, the Vision Award was created to carry on his legacy.

The founder of The Distinguished Gentleman’s Club, a program with a mission to guide young men in grades 3-12 through the challenging transition from childhood to manhood via intentional mentoring, Perry developed a passion for working with at-risk youth while working for Palmetto Behavioral Health.

In 2007, he became an award-winning police officer for the City of Hanahan. He went on to serve at Hanahan Middle School, where he was named School Resource Officer of the Year for South Carolina. There he also formed the aims of the Club: to raise servant leaders in the community by building character, promoting positive relationships, and establishing effective goal-setting practices.

Today the Club has received several grant awards from S.C. Senator Marlon Kimpson and has been recognized by U.S. Senator Tim Scott. Perry has been honored by the Omega Psi Phi Fraternity for service to youth development and with the Exemplary Servant Leadership Award by Lowcountry Youth Services.

“These two men personify the inspiration behind the Harvey Gantt Triumph and Joseph R. Riley, Jr. Vision Awards,” said LaVanda Brown, executive director of YWCA Greater Charleston, which puts on the annual MLK Celebration. “Pastor Dixon overcame adversity and great odds to become a force for good, a force for positive change. Young people see the hardship and affliction of his origins, and they respect the lessons he learned and is passing on to them. He makes them more effective in their activism.

“Ricardo Perry saw a need while working with at-risk youth that led him to develop a passion and a vision to help them navigate the difficult process of becoming men,” Brown said. “Because of him and his vision for an intentional mentorship program, these young men are becoming successes and future mentors.”

The 49th Annual Reverend Dr. Martin Luther King, Jr. Celebration is one of South Carolina’s longest running events, predating Spoleto Festival USA and other well-known local events. The annual celebration was founded by YWCA Greater Charleston and first held in January 1972—one of the first such tributes to Dr. King in the nation. The MLK Business and Professional Summit (Breakfast) was added in January 2000 in partnership with former Charleston Mayor Joseph P. Riley, Jr. and the City of Charleston. Today the celebration is the largest tribute to Dr. King in South Carolina, attracting thousands of celebrants each year.