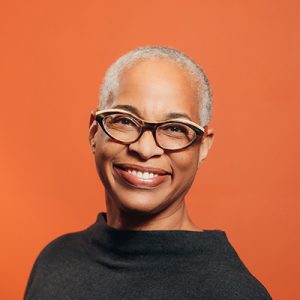 YWCA Greater Charleston has welcomed Tori Burke-Koskela as equity training coordinator, replacing racial equity coordinator Tina L. Singleton, who has been promoted to director of programs. On December 14, the nonprofit will also welcome Whitney Anderson to the newly created role of youth empowerment and engagement coordinator.

As YWCA Greater Charleston’s equity training coordinator, a full time position, Burke-Koskela will coordinate and implement the nonprofit’s racial equity and diversity training programs as well as assist in the planning of its annual 10-day Reverend Dr. Martin Luther King, Jr. Celebration and annual Stand Against Racism, a signature campaign of YWCA.

“We were very excited to interview Tori,” said Singleton. “She assisted me at one of our trainings as part of her previous role at one of our valued partners, the Charleston Metro Chamber of Commerce. She was a great help, and we are really looking forward to working with her as part of our team.”

Burke-Koskela, who attended Indiana University and has more than 20 years of experience in training, event planning, and management with a focus on nonprofits, previously served as director of leadership programs at the Chamber, where she was responsible for its leadership programs and the committees and volunteers associated with them. Prior to that, she facilitated the Leadership Dorchester Program for the Greater Summerville/Dorchester County Chamber of Commerce. While there, she received the Institute for Organizational Management designation from the US Chamber of Commerce, among other distinctions and awards. She has also served as a member of the instructional team for Dale Carnegie Training of South Carolina, where she earned its Outstanding Activity Award.

As YWCA Greater Charleston’s youth empowerment and engagement coordinator, a part time position, Anderson will assist in the development, coordination, implementation, and evaluation of programs educating and empowering young women in the Charleston region, including the nonprofit’s Y Girls Code technology coding program and its SheStrong high school advocacy and leadership program.

“We are thrilled to bring Whitney onto our team,” said Singleton. “She has such a passion for young people, and her own experience will make her a great addition to both our staff and this role.”

Anderson comes to YWCA Greater Charleston with more than four years of experience in product and customer service, training, supervision, and event planning. Most recently, she served as a trainer and style advisor for Target, applying technology from within two stores and its Target Circle app, and taught English as a second language to sixth grade students from migrant families at Valdosta Middle School in Georgia. She volunteered her time as secretary chair for Natural Sistas VSU and as fundraising chair for the SHARE in Africa Chapter at Valdosta State University, where she earned a Bachelor of Arts degree in English.

Singleton, who joined YWCA Greater Charleston in December 2018, served as its first ever racial equity coordinator, at the time a position newly created to better align the nonprofit’s staff with its dual mission to eliminate racism and empower women. No stranger to social justice issues, she had worked abroad for more than 20 years as a disability rights and inclusion technical advisor for international development organizations and nonprofits before moving to Charleston in 2016.

She is also the founder of Transformation Table, LLC, a nonprofit that creates a space for connection between diverse strangers by hosting dinners in community members’ homes and home-like environments to help break down barriers, prejudices, and stereotypes. In October 2017 she gave a TEDxCharleston talk entitled “Global Connection Begins at the Dinner Table” about her experiences with the startup, and in November 2019 she was honored with a Spot Light Award in honor of Susie Jackson, one of the Mother Emanuel Nine.

“I have been looking forward for a long time to working with Tina on many of our other programs,” said LaVanda Brown, executive director of YWCA Greater Charleston. “She will be a tremendous asset to our WE 360 program for women entrepreneurs of color, our annual What Women Bring event honoring and engaging women leaders, and our Own the Room public speaking series for women, among others. Her new role will also enable us to offer a few new programs we’ve already begun to implement.”

Singleton holds a master’s degree in community disability studies for developing countries from University College London, and was honored with the Peace and Dialogue Award by the Atlantic Institute in 2018. The award recognizes those who actively promote diversity and intercultural exchange in the workplace, government, or other spheres in their communities.

“We have the power to shift from fear and hate to love, compassion, and empathy,” she said. “I’ve enjoyed being an integral part of YWCA Greater Charleston’s Racial Equity Institute workshops, and I look forward to direct involvement with a broader series of programs that will reach and serve even more women and people of color across the Charleston region.”