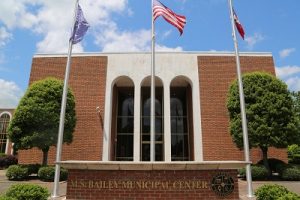 Clinton City Council voted 4-3 on an emergency ordinance to enforce the use of face masks within the city during its September meeting on Tuesday, 9/8. The ordinance failed however, as emergency ordinances need the support of at least five of the council’s seven members.

In favor of the ordinance were council members Megan Walsh, Shirley Jenkins, Danny Cook, and Robbie Neal. Council members Gary Kuykendall and Ronnie Roth, and Mayor Bob McLean voted against the ordinance. McLean cited data received from SCDHEC and the CDC showing a downward trend in cases for Laurens County as his reason for voting in opposition.

Instead, council moved to extend its resolution encouraging citizens to wear masks. The vote was unanimous.

“Simply put, we trust our citizens to do the right thing,” McLean said. “We know that they will continue to make good choices to ensure their own health and safety.”

Council also heard a request from Assistant City Manager Thomas Higgs to seek funding opportunities for a handicap accessible park in the City of Clinton, and appointed the following people to the A-Tax Committee:

Additionally, the council moved forward with a contract between the city and Laurens County regarding the Clinton Fire Department’s fire district. As part of the negotiations, the city had initially requested a 5% increase in funding from the county to aid the fire department’s coverage of areas in the district that fall outside city jurisdiction, and to accommodate an increase in call volume according to Assistant Fire Chief Jeremy Marshall.

Ultimately, the county agreed to a 1.8% increase in funding for the city.