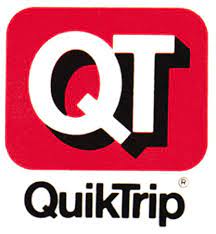 The excitement surrounding the opening of the new QuikTrip Remote Travel Center just off Interstate 26 at Exit 54 is growing. And for good reason.

Anyone who has stopped at a QT station for gas, restrooms, snacks and other supplies knows that it’s more than just a gas station or “service station.”

So, what’s the difference?

A sense of community and a culture of service seems to be a top priority of the privately held corporation based in Tulsa, Oklahoma. They are known for living out their mission statement in each community they serve.

Their mission is, “To wisely invest dollars in community efforts that will help impact (in measurable terms) individuals in our society who are dependent on the charitable support of others. We believe the most effective way to do that is to invest our contribution dollars and volunteers in strategic efforts that help those at risk reach their functional capacity as successful, independent citizens.”

QT believes in investing in the communities in which their employees live and work. Every year, they donate 5% of annual net profit to qualified 501c3 non-profit agencies, which includes our United Way campaign match, support for National Safe Place agencies, Folds of Honor scholarships and many other agencies that support at-risk youth and early childhood education.

“Satisfying everyone is a melody that permeates QuikTrip’s culture, and it doesn’t stop there. That same tune streams over into our charitable contributions as well.   We are proud to work with agencies who take the time to be a part of the solution to improve people’s lives.” said Aisha Jefferson-Smith, spokeswoman for QuikTrip.

An example of their generosity and community involvement can be seen in their ongoing support of the children of fallen soldiers.  They have partnered with 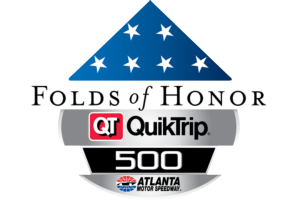 NASCAR to put on the Folds of Honor QT 500 at the Atlanta Motor Speedway.  This year’s event is scheduled for March 21st and more information can be found here.

That same sense of community is found in the QT Team.

The company currently owns and operates 868 retail outlets in 11 states.  Forbes magazine lists QuikTrip as the 29th largest privately held corporation and Fortune magazine listed QuikTrip as one of the best companies to work for 15 consecutive years.

“One of the biggest things people appreciate right away once hired at QT is that we promote from within. I personally started as a part time employee and I worked hard and smart and moved up within the company, 17 years later I couldn’t be happier. The “people first” culture sticks with many QuikTrippers throughout their career. said Aisha Jefferson-Smith, spokeswoman for QuikTrip

Other stats (see image below) demonstrate a high value placed on the customer experience and employee training and job satisfaction.

Are you starting to see the difference?

QT doesn’t just “come to town” they become part of the community.  Clinton and the greater Laurens County area will benefit in many ways. 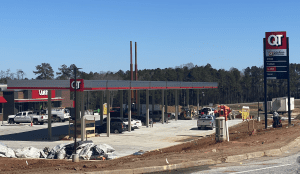 The Clinton location will open this Spring and will employ 20-25 smiling QuikTrippers who will all work different shifts. If you are interested in a position with QT you can apply online. The Clinton location is not currently listed in the drop down of locations so click on Greenville and complete the application. Once you get to the interview process you can change to the Clinton location.  The website may also be updated to include Clinton and if so, select Clinton and proceed.

More to follow in the countdown to QT in Clinton.