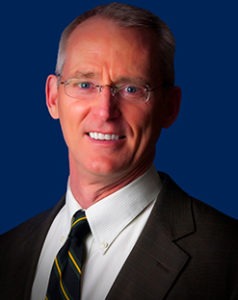 Bob Inglis, the executive director of republicEn.org, will speak at 4:30 p.m. Wednesday, Nov. 10, in Chapman Conference Center in Jacobs Hall. The event is sponsored by the College’s Russell Program for Media, Technology, and Society and is open to the public. Masks and social distancing are required.

Inglis was elected to the U.S. Congress in 1992, representing the Greenville-Spartanburg area until 1998 when he ran unsuccessfully for the U.S. Senate. In 2004, Inglis returned to the House of Representatives and served there until 2010 when he was defeated in that year’s GOP primary – in part because of his stance on climate change.

Undeterred, Inglis merged faith in free enterprise with concern over climate change to launch the Energy and Enterprise Initiative at George Mason University in 2012. E&EI rebranded as republicEn.org in 2014 and is a grassroots community of more than 10,000 Americans educating the country about free enterprise solutions to climate change.

For his work, Inglis was awarded the 2015 John F. Kennedy Profile in Courage Award. He appears in the film “Merchants of Doubt” and the Showtime series, “YEARS of Living Dangerously.” He has also spoken at TEDxBeaconStreet and TEDxJacksonville.