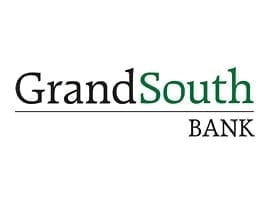 GrandSouth Bank opened the doors of their new full-service branch at 291 East Bay Street in Charleston in July 2019, but the Greenville-based bank has been serving Charlestonians since May of 2017.

Rob Phillips, Coastal Market Regional Executive, and Alan Uram, Charleston Market President, have led GrandSouth’s Loan Production Office in Charleston since it opened in May 2017 and have paved the way for the success of a full-service branch.

The GrandSouth Charleston Loan Production Office is proud to be a part of award-winning projects like the rehabilitation of 1065 King Street, affectionately known as “Big Bertha” storage and home to Redux Studios. This project received the Robert N.S. and Patti Foos Whitelaw Awards, presented for the long-term protection and preservation of important buildings and places.