Matt Solomon and Tony Warren have taken on new roles at McCrory Construction with their respective promotions to Senior Preconstruction Manager. Both Solomon and Warren are based in the firm’s Greenville office. 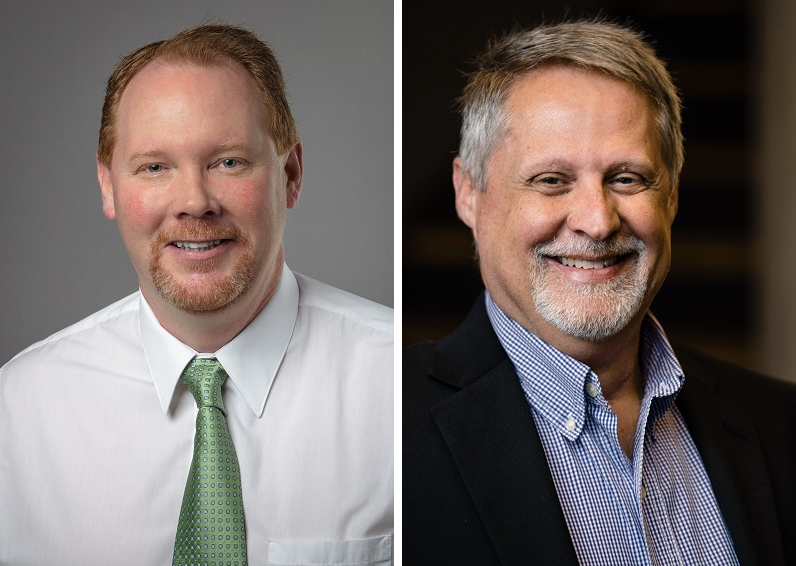 Solomon has held increasingly responsible positions in estimating during his 10 years with McCrory, most recently as Senior Estimator. He has been involved in intensive early-stage preconstruction efforts for some of McCrory’s most significant design-build projects in the Carolinas. Solomon began his construction career more than 20 years ago as a project manager/estimator. He is a member of the Professional Construction Estimators Association of America and is a Past National President of that organization.

Warren has served as Senior Project Manager for McCrory’s Upstate operation for the past three years. He brings over 30 years of experience in design-build and construction, successfully delivering a wide range of commercial, institutional, and industrial projects across the Carolinas and other parts of the Southeast. Warren’s well-rounded career history includes significant preconstruction experience through which he gained extensive knowledge in front-end project planning. He is a graduate of NC State University.

McCrory Construction, headquartered in Columbia, South Carolina, with an office in Greenville, South Carolina is a full- service general contractor that has operated continuously since 1918. Licensed in 13 states throughout the Southeast, McCrory has served an array of private and public sector clients through more than 3,000 general construction, design- build and construction management projects. Now under fifth generation private ownership, McCrory continues to be a leading force in retail, industrial, commercial, healthcare and multi-family construction in the Southeast. To learn more, visit mccroryconstruction.com.