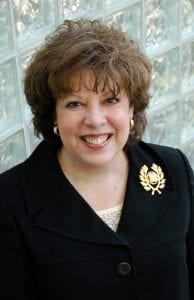 “Education was her driving force; she dedicated her life to it,” Lucas Durham proudly says when remembering his mother, Dr. C. Lynn Lewis, former dean of Tri-County Technical College’s Health Education Division, who passed away March 14, 2020, just 10 months after retirement in 2019.

“We miss her every day,” Durham said, adding that the best way to honor their mother is for him and his sister, Lindsay Porter, to establish an endowed scholarship in her memory.

“It’s important to us and she would have loved it. This would have made her day,” he said.

The family established an endowed scholarship, the Dr. C. Lynn Lewis Memorial Scholarship, that will benefit Health Education Division students from Pickens County.  The scholarship will be endowed at $25,000.

Memorials may be made to the Dr. C. Lynn Lewis Health Science Scholarship Fund by contacting Courtney White at [email protected] or by mail at Tri-County Technical College Foundation, P.O. Box 587, Pendleton, SC 29670.

Dr. Lewis participated in her final graduation ceremony May 6, 2019 – the same day she retired as dean of the Health Education Division.

“I’ve worked every summer since I was 16 years old,” Dr. Lewis said at a retirement celebration held April 25.  “So this is the first summer I have no commitments.” She spent her days enjoying her five grandchildren and traveling to Scotland.

Dr. Lewis joined Tri-County in 2002 as chair of the Health Education Division. In 2005 she was named dean of the division.

She was appointed by the National Council of State Boards of Nursing to its Disciplinary Resources Committee in 2009.  She also served as president, vice president and secretary of the SC State Board of Nursing.

“Lynn was my mentor, as well as a friend,” said Rutledge. “She was always there for me for guidance and direction.  Lynn would encourage me to excel in new opportunities to increase my knowledge base as a department head.  She is truly missed and her insight will always be with me as I continue the journey in my role as a department head.  Lynn was definitely a blessing in my life and I will always cherish the times we had together.”

Dr. Lewis began college at Tri-County in the medical assisting program and later she earned a B.S.N. degree from Clemson University, a master’s degree in health sciences from the Medical University of South Carolina and a doctorate degree in vocational and technical education from Clemson.

Prior to joining Tri-County, she was with the Parke-Davis and UCB Pharmaceutical Companies for a decade.  In addition she served on the nursing faculty at Clemson University as director of continuing education and on the staff of Baptist Easley Hospital as its in-service educator and director of staff development and public relations.  She began her career in 1978 as a staff nurse at that hospital.

“During her career, Mom served as a floor nurse, clinical educator coordinator and pharmaceutical company rep, and worked at Clemson’s college of nursing, but for sure, Tri-County meant the most to her.  The College was her second family,” said Durham.

Daughter, Mother, Grandmother, and Educator.  Those are the words etched on her graveside marker.  “That was her life,” said Durham.

Dr. Lewis received the SC League for Nursing Award of Excellence in 2006 and the Palmetto Gold Award from the SC Nurses Foundation in 2007.  She was selected as an “extraordinary woman in healthcare” panelist by AnMed Health and was a National League of Nursing Ambassador in 2007.  Dr. Lewis was named Pickens County Career Woman of the Year in 2004 and Tri-County Technical College’s Administrator of the Year in 2005.