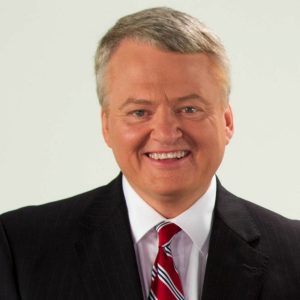 Treasurer Loftis is the 2018 Southern Vice President of the National Association of State Treasurers (NAST) and a new executive board member for the College Savings Plans Network (CSPN). He began both new roles on Jan. 1.

NAST seeks to provide advocacy and support to enable states to pursue and administer sound financial policies and programs benefiting U.S. citizens. Membership is composed of state treasurers or state finance officials with comparable responsibilities from the United States, its commonwealths, territories and the District of Columbia.

CSPN provides resources for families of all income levels to plan, save for college and reduce reliance on student loans. The network brings together state administrators of 529 savings plans, as well as private sector partners, and is dedicated to framing national policy affecting 529 plans.

“The Treasurer’s Office has a number of important duties while functioning as the state’s banker, such as assisting with financing on infrastructure projects, promoting ABLE accounts for individuals with disabilities and touting the benefits of 529 college savings accounts,” Treasurer Loftis said. “By providing state treasurers with support on these issues, NAST performs a critical role in the fiscal well-being of our country.

“In addition, I’m a big believer in CSPN’s goal of making college savings more affordable and accessible for all families,” he added. “I’m excited to be a part of both NAST and CSPN.”

State treasurers are elected to NAST leadership positions based on their policy background and expertise. In their roles, the incoming group of committee chairs and vice chairs will help shape the association’s 2018 legislative priorities and platforms, and will work closely with NAST’s new executive committee.

CSPN executive board members work to devise and implement programs to promote 529 plans.

Loftis was first elected South Carolina Treasurer in 2010 and re-elected in 2014. During that time the S.C. Treasurer’s Office has:

“State treasurers are among the nation’s most important consumer advocates, and I’m excited to be a part of the leadership of these important entities,” Treasurer Loftis said.

Loftis is the outgoing President of the National Association of Unclaimed Property Administrators, the group responsible for returning more than $42 billion in unclaimed property to U.S. citizens.