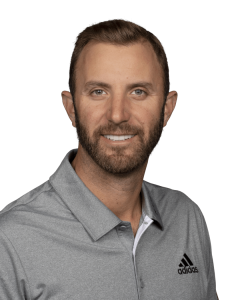 After finishing his first round in the PGA TOUR’s Palmetto Championship at Congaree, Governor Henry McMaster presented World No. 1 and South Carolina native Dustin Johnson with the Order of the Palmetto, South Carolina’s highest civilian honor.

“Dustin Johnson is making a real impact both on and off the course, and we’re proud to have him represent South Carolina on the world stage,” said Governor McMaster. “His achievements on the course are well known – a World No. 1 ranking and some of the game’s most prestigious championships. But it’s his commitment to giving back to young people in his home state that sets him apart. Through the Dustin Johnson Foundation, he’s removing barriers to the game and providing opportunities for young people that they wouldn’t otherwise have. We are proud to honor him with the Order of the Palmetto for all that he has accomplished, and all that he will continue to accomplish, in golf and beyond.”

Ty Votaw, Executive Vice President, International, for the PGA TOUR, also spoke at the ceremony, highlighting Johnson’s talent and contributions to the game of golf.

“Since winning his first PGA TOUR event in 2008, Dustin has been a model of consistency on TOUR with at least one victory in 14 consecutive seasons,” said Votaw. “While he has rightfully become a household name in this sport, Dustin is using that platform to impact the lives of young aspiring golfers in South Carolina through his Foundation. As is evident by this award, Dustin has undoubtedly made his home state very proud.”

Johnson is currently the World No. 1, a position he has held for more than 130 weeks collectively since 2017. He is a 24-time PGA TOUR winner, the defending FedEx Cup champion as the PGA TOUR’s season-long winner, and the first South Carolinian to win the Masters. He was born in Columbia and grew up in Irmo, graduating from Dutch Fork High School before later attending Coastal Carolina University.

“Already in his career, Dustin has earned a place among the greatest players in the history of the sport,” said Duane Parrish, Director of the South Carolina Department of Parks, Recreation & Tourism. “Golf is a cornerstone of our state’s tourism industry, contributing approximately $2.6 billion to South Carolina’s economy annually and supporting over 31,000 jobs in our state. As a Palmetto State native, Dustin’s success both reflects and enhances the significance and prominence of golf in South Carolina.”

When he’s not making history on the course, Johnson is contributing to his community through the Dustin Johnson Foundation, which offers opportunities for youth in the Myrtle Beach area to participate in the game through lessons and scholarships. In partnership with the DJ Golf School, the Foundation seeks to remove barriers for youth and provide them with a competitive edge both on and off the course.

The Order of the Palmetto is awarded to citizens of South Carolina for extraordinary lifetime service and achievements of national or statewide significance.

The Palmetto Championship at Congaree teed off today and wraps up on Sunday, June 13. The tournament, hosted at Congaree Golf Club in Ridgeland, South Carolina was announced on March 30 and takes the place of the RBC Canadian Open, which was canceled due to logistical challenges related to the ongoing COVID-19 pandemic. The State of South Carolina is serving as the tournament’s title sponsor, garnering unprecedented coverage on national outlets.

Proceeds from the event will benefit Congaree Foundation, whose mission is to positively impact the lives of young people locally and around the globe by providing educational and vocational opportunities through the game of golf.