Ever since she arrived at Clemson University in the fall of 1968, Emily Peek Wallace ’72 has been a trailblazer. She was the first woman to serve as a top leader of the University’s WSBF radio station and was named to Who’s Who Among Students in American Universities and Colleges. Although times are much different now, she was often the sole woman — or one of only two — in her technical courses. 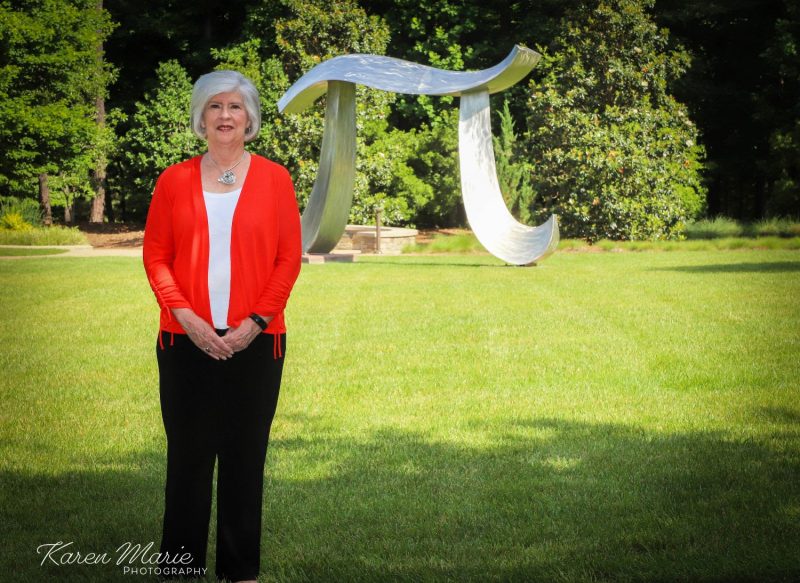 Since graduating with a Bachelor of Science in mathematics, Wallace — a first generation college graduate — has generously given back to the University, not only through donations and service on boards, but also as a mentor and presenter to students in the classroom. Now, the alumna is giving a new gift of $1.25 million to establish the Emily Peek Wallace ’72 Endowed Directorship for the School of Mathematical and Statistical Sciences.

An endowed faculty position allows Clemson to retain top talent. As the first endowed faculty position at the School of Mathematical and Statistical Sciences in the College of Science, it provides support for the school director and enables initiatives throughout the school. This is the largest gift ever given to the College of Science, since its inception in 2016.

“I wanted to do something to help the faculty. Everybody has had to shift their teaching and learning methods due to COVID-19, and the faculty has additional challenges to make sure students are not getting behind and that they’re learning what they need to be learning. I wanted to provide encouragement and funding to help them, add additional facilities to help students stay current,” said Emily Wallace.

The purpose of this endowment focuses on increasing student engagement and success as well as enhancing the relevance of the curriculum as the School prepares the next generation of leading mathematicians, statisticians and data scientists for both research and business application tracks.

The support includes tutoring assistance for students who may be struggling academically or to help students who may have fallen behind due to unforeseen circumstances. Additionally, it aims to help establish business connections and internships for students who wish to enter the job force instead of going into academic research, and it makes training with current statistical software and other resources available for students regardless of their future tracks.

“I am so honored to have met such special people within the Clemson Family, like Emily Wallace. She was and remains a pioneer at SAS, paved the way and created opportunity for so many, including our Clemson students. Under the leadership of the Emily Peek Wallace ’72 Director, our outstanding faculty and staff will honor her legacy with their new discoveries, innovation, and in how they are preparing the next generation of leading mathematicians, statisticians and data scientists.” said Cynthia Young, dean of the College of Science.

Wallace has dedicated much of her career to creating innovative opportunities for underrepresented scientists. In 2014, she established the Emily Peek Wallace ’72 Scholarship Endowment for S.T.E.M., which provides financial assistance for underrepresented students in science, technology, engineering and mathematics. In this academic year, 25 students are benefiting from the Wallace scholarships. In addition to the two endowments, she serves on the Clemson University Foundation Board of Directors and as a founding member of the Order of the Oak.

Emily and her husband Jack were among the first 100 employees to join the SAS (Statistical Analysis System) Institute in 1981. Headquartered in Cary, North Carolina, SAS is a global software company, which has also provided support to Clemson through software.

Currently, she oversees a team of 50 people as the senior director of the Knowledge Management Center at SAS. Jack retired as staff advisor after nearly forty years of service to SAS, which included nearly twenty years as a senior director of research and development.

Jack devotes his time to hobbies and educational support to his alma mater, in addition to Clemson. He graduated with a Bachelor of Science at Washington and Lee and received a Master of Science in computer science from the University of North Carolina at Chapel Hill.

“With gifts such as this one from Emily, our donors help position Clemson as a destination for the finest academic leaders to develop innovative curriculums benefitting our students and equipping them with the skills needed for what is to come,” said Brian O’Rourke, vice president for Development and Alumni Relations. “Our donors are investing in the future — not just in Clemson and our students, but also in the industries our students will influence. We can’t thank them enough for their assistance and generosity.”

To watch Emily Wallace’s gift announcement as well as hear from a panel of several other outstanding Clemson women in math and science, click here.