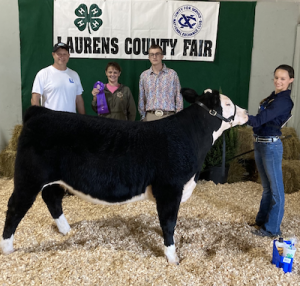 On October 2nd, the dog and rabbit show took place as a part of Squealin’ on the Square in downtown Laurens. The competition on October 8th and 9th consisted of art and beef on Friday and dairy, market lamb, and meat goat on Saturday at the Laurens County Exchange Building. We had a great number of spectators including parents, relatives, and community members. Due to the unwavering support of the community we receive for this show, each class receives awards.

Every year they give a memorial scholarship at our dairy show.  Sierra Tinsley, of Pelzer, SC, was the recipient of the Wesley Robinson Memorial Scholarship, which is given by the Laurens/Greenville 4-H Dairy Club.  It is a great honor to give this award to a youth who has demonstrated great knowledge and poise within their project and is the future of the livestock industry.

Recipient of the Wesley Robinson Scholarship 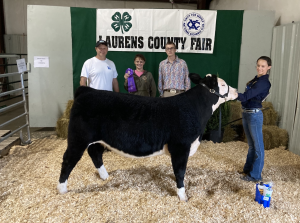 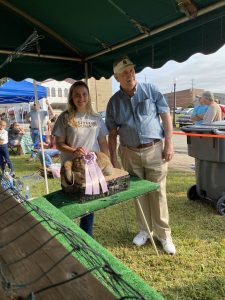 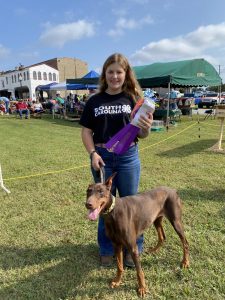 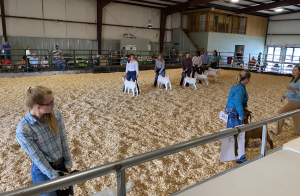 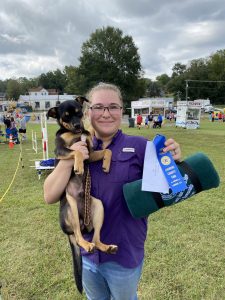 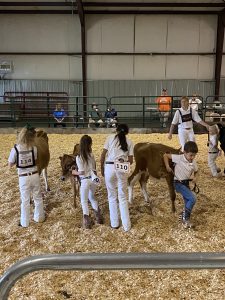 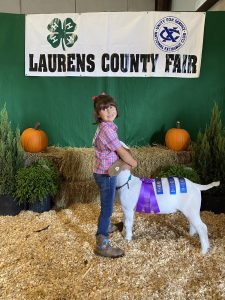 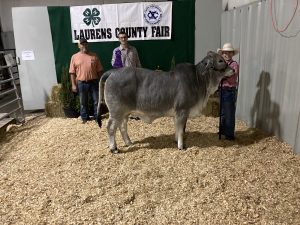