Recently I wrote about finding my great granddad’s old farmhouse, but I left out an eerie aspect that would be suitable for a Halloween column. The last line in my previous column read, “But of this much I am certain, more stories about old Thomas Antone’s (Poland) home are sure to come, and when they do, you’ll hear ’em.”

True to my word, here’s a haunting postscript. Once you read this column, as Paul Harvey famously used to say, “Now you know the rest of the story.” Well, maybe.

My quest to find the old Poland home in Mount Carmel succeeded thanks to the help of a friend and former neighbor back in Columbia. Bobby Gladden works in the McCormick County Courthouse and he used his lunch break to find the records that led me to the old home. 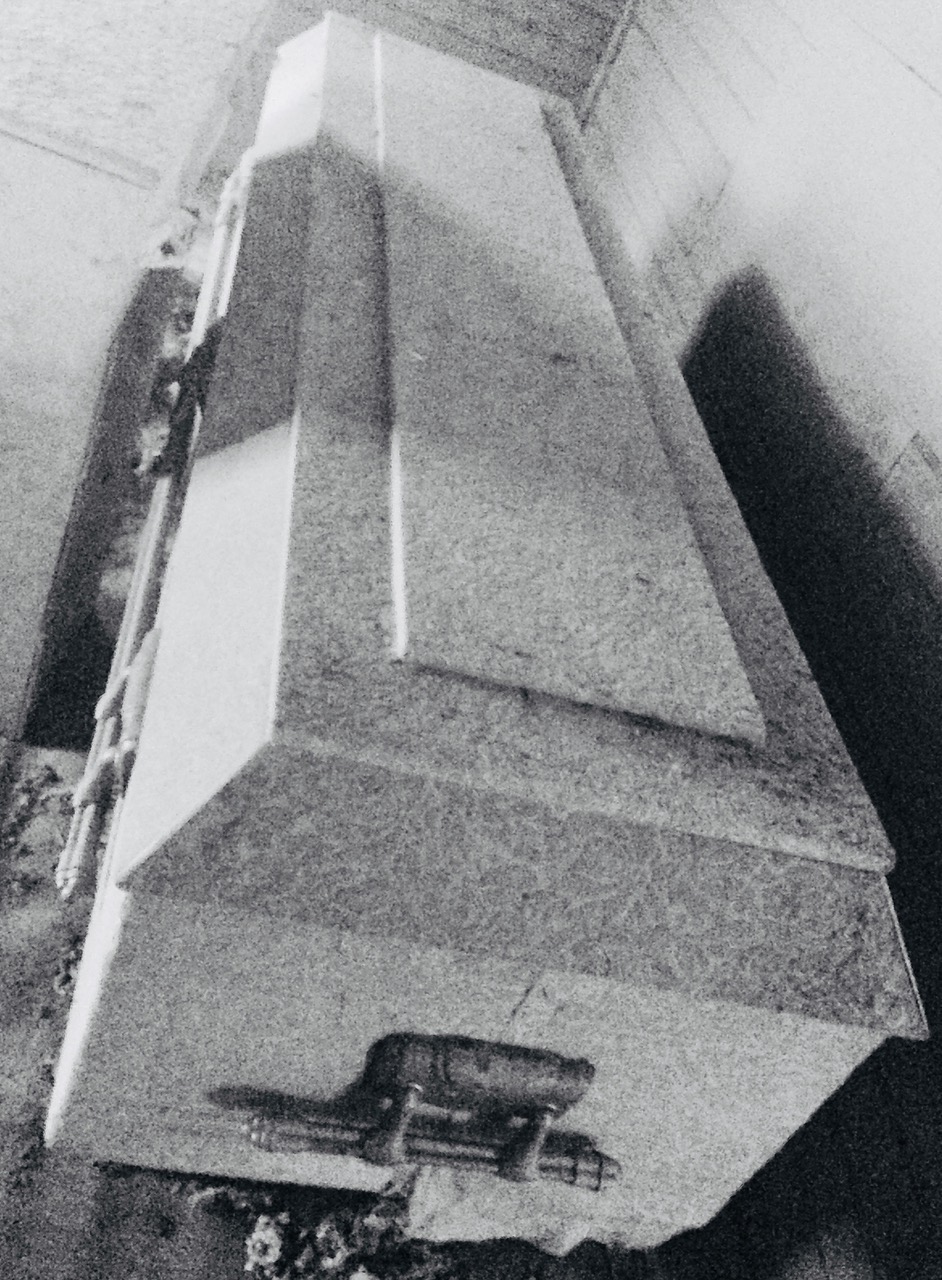 I had read in my great granddad’s obituary that he died in the house. That first day I saw the house it was a scorcher, hot as the hinges of Hades. Something about the house gave me an uneasy feeling. The heat, high humidity, and a hissing baby buzzard in a front room made my mind up. I’d stay outside.

I took exterior photos of the house and sent them to Bobby. He sent an email back with interior photos and a question. “Did you go inside? When I saw this, it was a shock to my psyche and I got out of there.”

The photo was of a child’s casket. Maybe that was behind the foreboding. I just had to go back and go inside. Sunday, July 25, Bobby met me at the old home. Tire tracks in tall grass told us the home had recently had a visitor. As we entered the home Bobby told me there had been not one but three caskets in the house. We went inside and no casket was to be seen. All three gone. Nary a one.

Did the mysterious tire tracks have something to do with the missing caskets or had they been removed years earlier since Bobby first saw them? We’ll never know. Lots of questions. 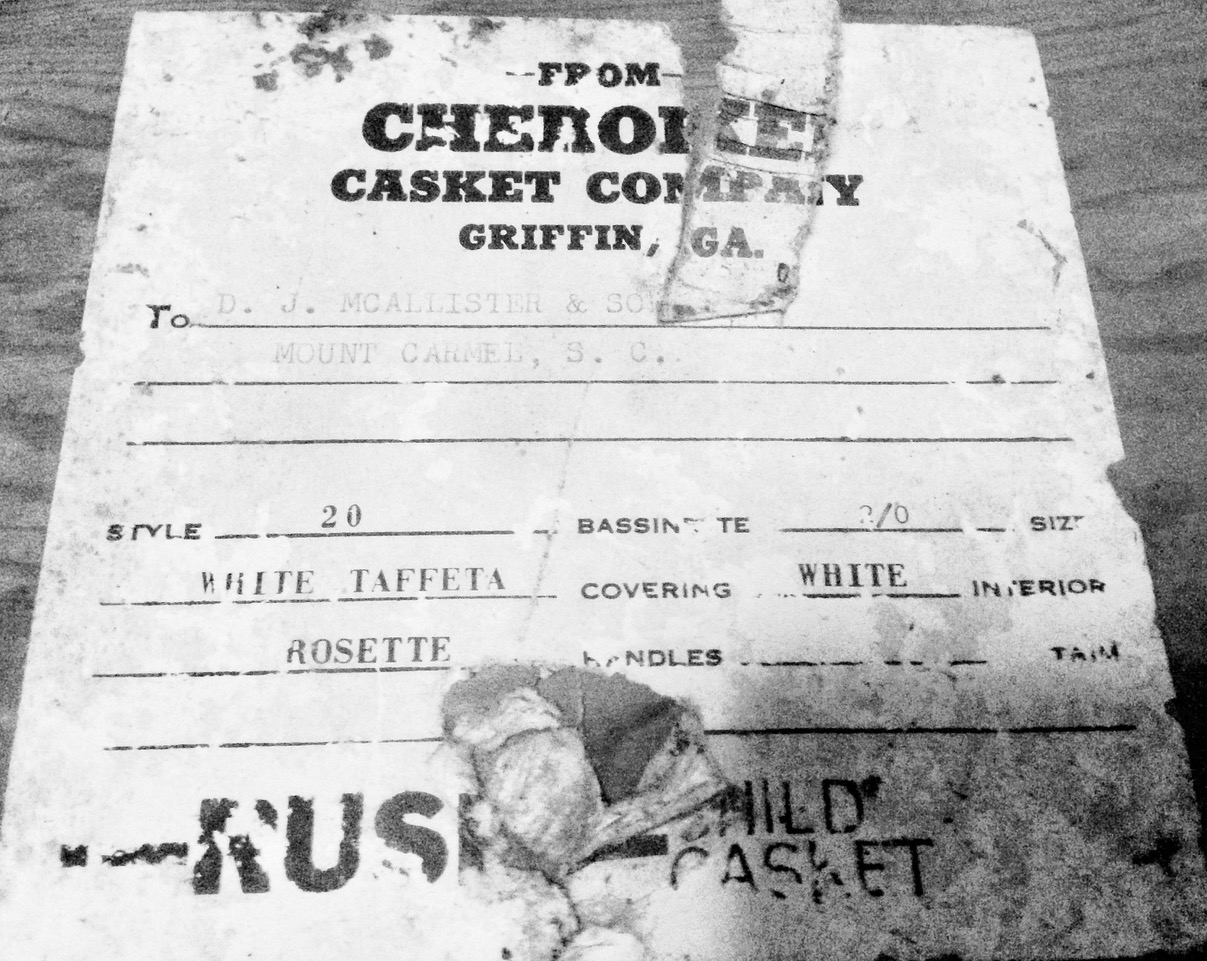 Who would buy caskets and never use them? Just why would someone store caskets in an old abandoned house? Who were they for? A possible explanation for the child’s casket came to me. My Dad had a sister, Hulda Ray Poland, who died in infancy. I have death certificates for her. One states, “Born April 13, 1925, died May 7, 1925,” of bronchial pneumonia. It listed the undertaker as “None.” In a lesser mystery another death certificate listed her as being born April 12, 1925, and dying May 7, 1925 and a corrected certificate as being born April 14 and dying May 1, which her tombstone verifies. Her complete name appears to as Hulda Ray Searles Poland. Confusing as it is, the corrected certificate reveals she lived just 17 days.

Undertaker, “None,” had the little girl’s grandparents bought her the Cherokee child’s casket but it got there too late to use? Another casket took its place? Just what’s going on here? I called Cherokee Child Caskets in Griffin, Georgia, to find out.

The answer is no, the casket wasn’t for what would have been my Aunt Hulda. Cherokee Child Caskets didn’t come into existence until 1941, sixteen years after her death. Plus I later learned Great granddad bought the house in 1946. Who were the caskets for?

The old house? Its walls haven’t spoken … yet. For now stand by, I have a developing story about this old home that will be more uplifting.