From my orchard of memories a lonely peach tree stands in the front yard of my youth. The tree looked sickly and produced fruit a tad bigger than a golf ball. The tree stood in the shadow of pines. That may have been its problem. It never was pruned. Another problem. Still, it fascinated me, though I recall not eating one peach from that frail tree of youth. Things would change, though. In the years to come, I’d spend a lot of time eating, photographing, and writing about peaches, that delight from Persia.

Yes, Persia. First known as Persian apples, peaches found their way to the New World, and down South summer is not summer without peaches, peach pies, and peach ice cream. Churn up some frozen delight. Slice up a peach and turn your morning cereal into a treat. Make preserves. Dried peaches aren’t bad either. Eat this stone fruit whole, discarding the pit known as a drupe. 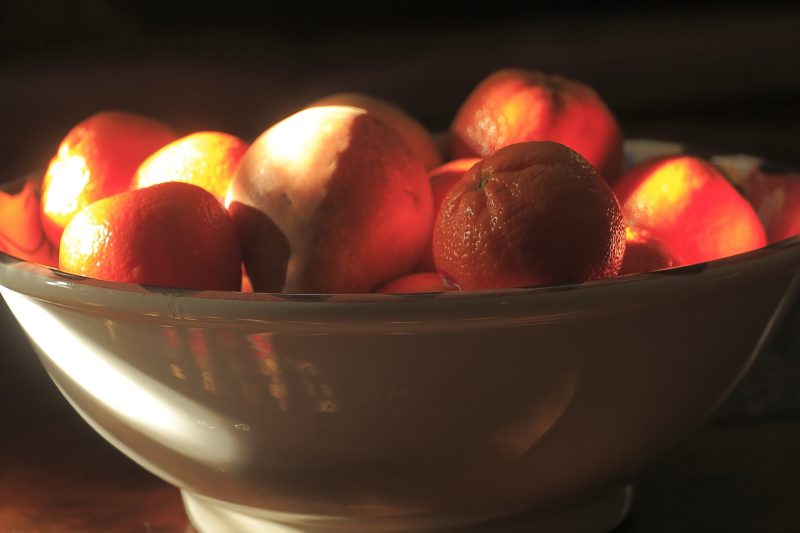 A bowl full of sunshine.

All this epicurean delight begins with another joy come March. That’s when a cotton candy, peppermint dreamscape mesmerizes all. To see a peach orchard in full bloom is to see majesty. Van Gogh, that one-eared artist, painted a pink peach tree against a blue sky with white clouds. “My best landscape,” he said. It’s said too that he found renewal in peach orchards.

Why not. Peaches nourish, please, and inspire. They also create what amounts to a growing controversy. Which state grows the most peaches? Which state is truly the Peach State? My native Georgia lays claim to that title but I’ve heard that Edgefield County, South Carolina, alone produces more peaches than Georgia entire.

Let’s look at some numbers from a few years back. According to a report in the Greenville News, South Carolina produced 54,600 tons of peaches in 2018. Georgia produced 25,000 tons. California, however, produced 510,000 tons that year. Ranking the states, we get California, South Carolina, New Jersey, and then Georgia, followed by six states not to be found in the South.

It’s time Georgia changes its claim to fame to peanuts. It’s the nation’s leading producer of peanuts. Welcome to Georgia, the Peanut State. Well, that doesn’t carry much of a ring, does it. Still, I recall a certain peanut farmer who made it to number one in a double P category, presidential politics.

All this peach business began when I drove up Old US 1 to visit family in the Chapel Hill area. Up near McBee, South Carolina, (Macby if you’re a local), I saw peach orchards aplenty. Then a sign pointed me to McLeod Farms Roadside Market. I detoured off Old Number 1 and soon I was on my way with peaches and tomatoes for my daughter up in Chapel Hill. Though a bit firm, the peaches were a hit. It’s early still for Carolina peaches, so these must have come from elsewhere. Picked before their time for a reason.

Picking a peach at the most opportune time isn’t easy for novices. I read that professional pickers live by a cardinal rule. Never bruise a peach. A gentle squeeze tells all. The peach feels like a baseball. Do not pick. It feels like a tennis ball. Wait a few days. The peach gives, but does not bruise. Almost. Rosy red and yellow, and feels just so. Pick.

The peaches I bought were indeed rosy red and yellow, small balls of sunshine. Still they were a tad hard, but that changed. By day three my daughter’s family were grabbing peaches from a bowl where the stone fruit resembled art, a still life. Had one myself. It hit the spot.

We’re poised on the cusp of summer. Among the produce that bespeak of summer are watermelons, tomatoes, and peaches. Soon peach trees will be heavy with their beautiful burden. Make it a peach of a summer. Wherever they come from, keep your bowl full of Persian apples, aka peaches. They’re low in calories but rich otherwise.