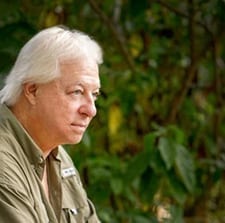 I look on school buses with fond memories. Rode one most of my public school days. Many a day I stood out in the cold shivering, waiting for a bus. Even in predawn darkness I didn’t have to see it to know it was coming. The gears shift and the engine growls with a sort of metal clashing, rising then flattening out. Here it comes, lights flashing, stop sign swinging out.

The yellow school bus: it rolls along in many people’s memories of school. It certainly does in mine. I traveled on one to play football games, and my Dad was the school bus driver much of my life. You can bet I didn’t misbehave. Other kids, for sure, did.

The very first article I published was a small story in the hometown newspaper on school bus safety. I wrote it as the ghostwriter for the superintendent who hired me to my first “real” job. A teacher I was at a tender age. That was eons ago and back then I saw many a bus up close. Then a lot of years slid by. My only contact and I use that word with caution was stopping for one or chugging along behind one as it made many stops.

Buses sure have changed. I saw a modern bus up close recently. Like all facets of life, technology has worked its way into school buses and today it takes quite a bit of training to drive one. Modern buses have all sorts of alarms and safety devices. They have escape hatches in the roof. They use air brakes. Some burn propane as a fuel. Others diesel. They require daily inspections of all critical components from the tires up.

Back in my day, buses were simpler. A safety patrolman wearing a white helmet made sure kids got across the road without stopping to pick up a pencil. Today’s buses no longer need safety patrolmen with their white helmets and military-like belts. A big arm swings out to guide kids across the front of the bus. Buses now have a control panel that reminds me of a small airplane. Drivers use a PA system to make announcements. In my day, the driver would stop, stand up and shout at us. We knew when to shut up.

In my day, too, the familiar stop sign would swing out and that seemed good enough to halt traffic in both directions. Now strobe lights are affixed to that stop sign making it hard to miss. I noticed, too, that one of the control panels features a noise suppressor switch. Lest you think so, it doesn’t have anything to do with noisy kids. This switch is designed to ‘kill’ all the running accessories inside the bus, such as fans, heaters, defrosters, etc. so the driver can look and listen at railroad crossings for trains without having to turn off accessories one switch at a time.

Did I mention air conditioning? Back when I rode the bus it baked on a hot day and your teeth chattered on a cold day. Today’s buses have AC and they even have “car seats” for small kids up front. I’d like to think that one thing remains the same, however. The smell. Every bus I rode smelled the same, a semi-sweet fragrance that hinted of wax crayons, a bit of leather, banana sandwiches, books and ink, and a strange trace of metal. I’m wrong I know. Crayons gave way to electronic tablets and pads. Kids today don’t use the old book satchel. I see enormous backbreaking backpacks instead. Bananas? I doubt it.

Yes, from a distance school buses still look pretty much the same, but inside they are vastly different. No matter how much technology they have, however, it still takes a special person to ferry a busload of kids to and from school, for kids aren’t always little angels, as we know. Maybe Blue Bird and IC Bus need to develop a child psychologist robot and install it in buses. It’d get a lot of use.

I’ll never forget an incident Dad told me. At the far end of his route he had to turn his bus around in the yard of a house sitting on rocks. It looked like a place Ernest T. Bass might have called home. It was the first day of school and as Dad pulled up, a man was chunking rocks underneath the house from one side as his wife did the same from the other side. Big white flint rocks. Their boy was hiding beneath the house. Finally, one of the rocks connected and a scruffy kid shot out like a rabbit. His dad grabbed him by the seat of the pants, tossed him onto the bus and shouted, “Shut the door!”

This first grader who had no desire to go to school ran to the back of the bus and sulked. About four miles later the kid crept up to the front of the bus and took a seat behind Dad. All seemed well but the kid was watching Dad, studying how he opened and closed the door. When the moment was right, he jumped up and pulled the handle back intent on leaping out the moving bus. Dad caught him by the back of his pants in the nick of time. As he pulled the boy toward him the kid slapped Dad in the face so hard he saw stars. Dad stopped the bus and gave the kid a spanking, something that would probably get him arrested today in this era of coddling kids in the name of child psychology.

Many years later, when that first grader had long left school and was a grown man, he and Dad crossed paths. “Mr. John, you was the making of me,” he said. So, all turned out well presumably.

Like I said, no matter how much technology today’s buses have, it takes a special person to take on the responsibility of seeing that kids get to and from school safely because one thing will never change: children’s tendency to test the patience of adults. I’m sure a lot of teachers will agree.