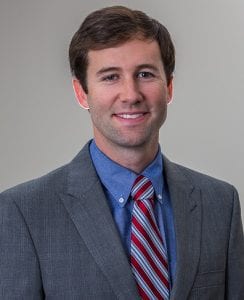 I also think that everyone has been anticipating some kind of correction to occur. Certainly, no one would hope for or could have expected that it would be from this virus, and that capital markets would decline so sharply so quickly.

Here’s what I think we have going for us: A lot of companies made a lot of money over this past cycle. Banks are as well capitalized right now as they’ve been in a really long time. This virus is making people stay home, and stay out of work, so obviously that is going to impact the economy immediately. But I also think that a lot of businesses have the ability to hold on for a time, especially if they used those recent profits wisely by reinvesting in their company. That fact, along with the stimulus measures the federal government is enacting, I think, will help us stick it out and make it through this period of decline. We’ve just all got to hope that this passes relatively quickly, and that we can all get back to work soon.

Even still, once things start getting back to normal, I believe the recovery will not be a sharp uptick, but will be a gradual rise. There will likely be a lot of rent, mortgage payments, and other expenses that will have been deferred, and people will need to work toward paying those back over time (which will reduce their discretionary spending ability). Also, consumers will not just immediately have great confidence, and get back out and spend again until they have a good amount of certainty that we really are in the clear. So, it’ll take some time, but I do think we will turn this around, and start building back this year.

During this cycle, my hope is that the local design, construction and development community will pull together and help one another through it.

All of us in the Charleston development community have seen increased competition over the past few years. Charleston has been a booming market, and is generally a cool place to be able to say you’ve got an office. As a result, we have seen a lot of out-of-town companies set up shop here recently. Based on my experience having worked through the last recession, one thing that happened before and that I believe will happen again, is that the local people look after their allies who they’ve known and worked with for years and years. People want to work with their friends, and they want to help their friends. That is just as true in business as it is on a personal level.

Right now there are developers who have land holdings with projects either fully designed, or at partial Design Development, who have been sitting on those projects because cost of construction hasn’t aligned with rents, and so they haven’t released the projects because the deal simply did not pencil. They’ve just been sidelining those projects until market conditions change to make them viable projects.

I think we are going to see design progressing over the coming months, as developers will be anticipating an opportunity to take advantage of hungry subcontractors and lower cost of construction. Our subcontractors will get more aggressive in their pricing. Whether this virus situation last 2 months or 8 months, construction pricing is going to improve. If you are a developer, now is a good time to be planning your next project, and developers know that.

Bryan Stange has served as Director of Business Development for the Charleston office of Mashburn Construction since 2014, and has been a licensed contractor since 2012. He currently serves on the board of directors of the Charleston Contractors Association, the Coastal Executive Committee of Urban Land Institute, and is involved with several local non-profit groups such as Beautiful Gate Center, where he is also a member of the board. Bryan has a particular interest in redevelopment projects, and enjoys the privilege of being able to build in downtown Charleston, S.C.