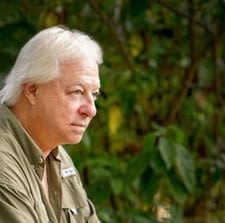 I call it Aldo’s Bench. Visitors to Cannon Point Preserve can sit on Aldo’s Bench and watch a lot of water head to the sea. Aldo Leopold was a forester, conservationist, and much more, and he wrote A Sand County Almanac, which published posthumously became a revered book about man’s relationship to the environment. Anyone who has worked in conservation knows about Aldo Leopold, whose name today sounds a bit like some game or software app, but it’s a highly regarded name. 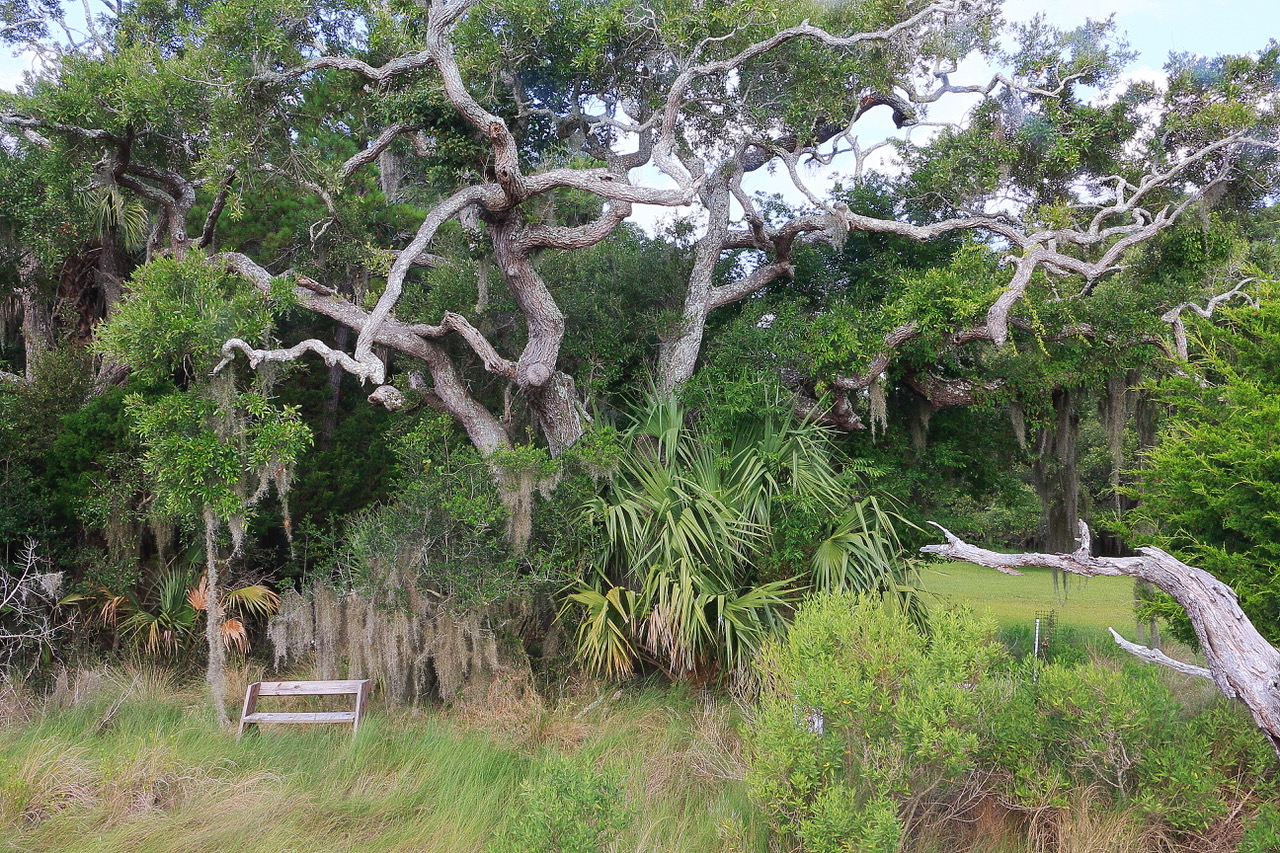 I didn’t sit on Aldo’s Bench but I got a glimpse of Cannon Point Preserve, a 608-acre sweep of green and blue undeveloped wilderness. My guide, Land Conservation Manager Stephanie Knox with the St. Simons Island Land Trust, explained that the preserve is a peninsula with more than six miles of salt marsh, tidal creek, and river shoreline. The last intact maritime forest on the island stands in Cannon Point Preserve.

As we stood and talked amid 400-year-old oaks draped in Spanish moss, a wood stork flew overhead. I hoped to see a painted bunting but I didn’t. Maybe I’ll see one on my next visit there. Maybe you’ll see one if you visit Cannon’s Point. Everyone should visit a nature preserve. Catch a glimpse of what used to be before we paved roads, erected power lines, and sipped all manner of beverages from cans and plastic bottles. You’ll see how things used to be. 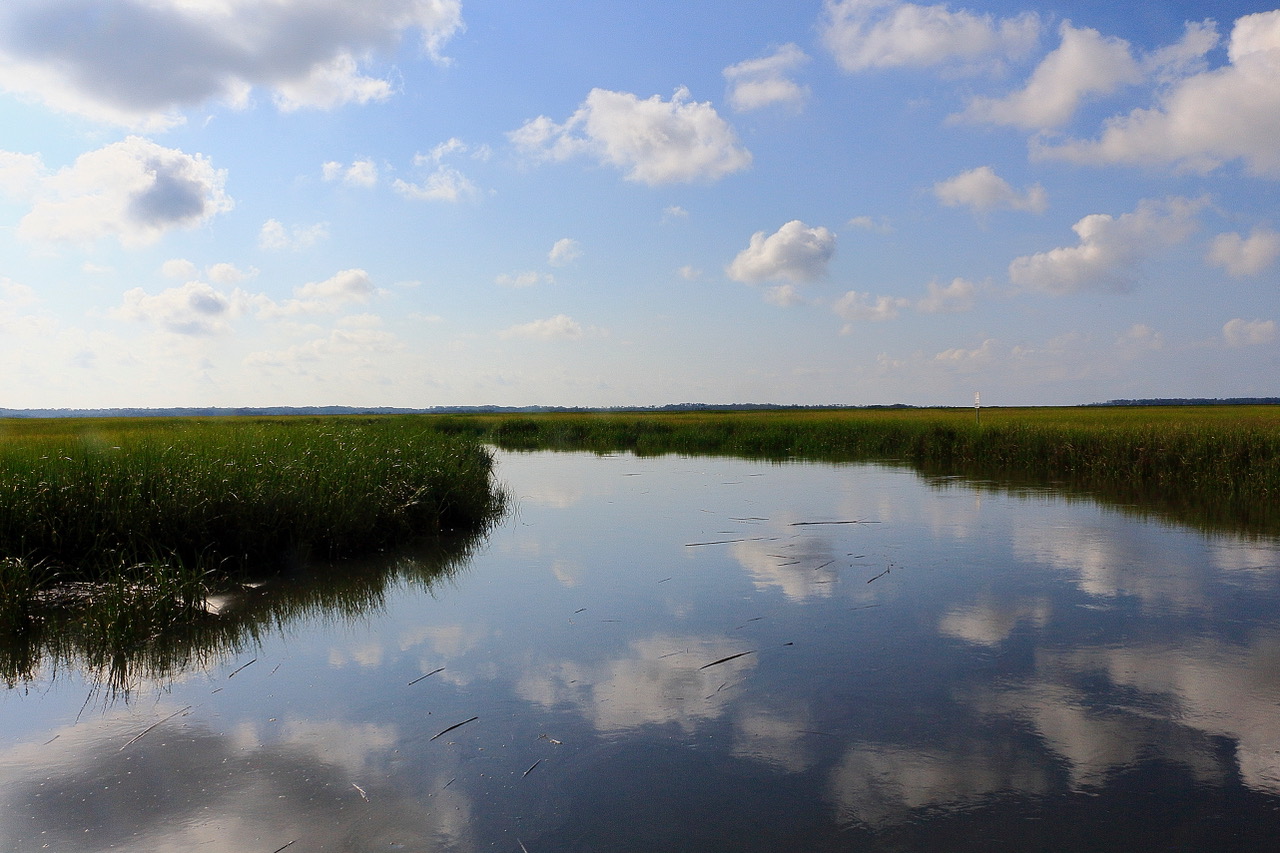 True wilderness places fascinate me, and when I share my excitement about them most people don’t listen unless I’m talking to some of my brethren from my wildlife writer days or those who love to roam woods and waters. Maybe you, reader, like to roam woods and waters, too. Maybe you’re a different species of cat than the ones who glue themselves to the TV. I hope so.

The St. Simons land Trust acquired Cannon’s Point in 2012. Protected by a conservation easement that’s in the hands of The Nature Conservancy, the preserve is managed as a publicly accessible wilderness preserve. If you go, sit on Aldo’s Bench and perchance a painted bunting will alight nearby. If you can, photograph it. I’ve never seen a painting bunting. 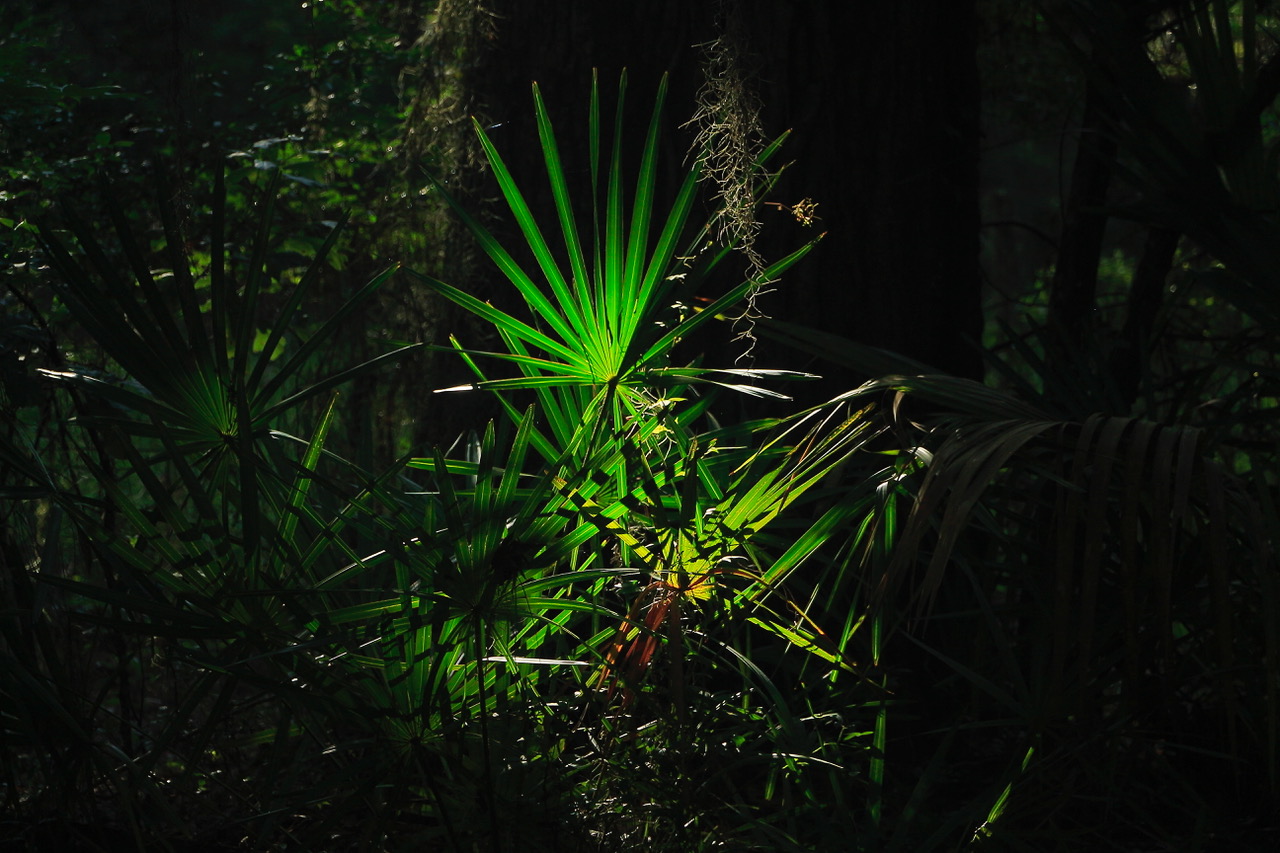 If you like bright green saw palmettos, majestic live oaks, and sparking saltwater creeks, you know where to go—Cannon’s Point Preserve. And don’t bother to take bug repellant. It’s not permitted. Yes, that’s how natural this green and blue gem is. Enjoy it. Treasure it. And be thankful it’s being preserved. Another man with a memorable names, wrote, “In wildness is the preservation of the world.” Henry David Thoreau wrote those words, and he was righter than rain.