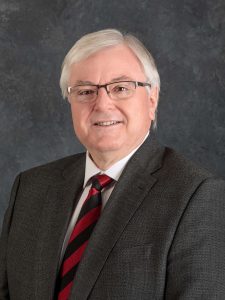 Michael Amiridis has been named the 30th president of the University of South Carolina. Amiridis was selected during a meeting on Friday (Jan. 14) by the university’s Board of Trustees to lead the state’s flagship university system.

Amiridis currently serves as Chancellor of the University of Illinois Chicago (UIC), which he has successfully led since 2015. Prior to his leadership at UIC, Amiridis spent more than two decades on the University of South Carolina’s Columbia campus, serving as a professor, dean of the College of Engineering and Computing, and the university’s executive vice president for academic affairs and provost before leaving for Chicago in 2015.

“I’m excited and honored to return to the University of South Carolina as its next president,” Amiridis said. “Through academics, research and its vibrant culture, the university system is critically important to the people of South Carolina and to the state’s future. I feel privileged to be able to lead this great institution.”

UIC is part of the University of Illinois college system and is home to one of the nation’s largest medical schools. During his tenure at UIC, Amiridis focused efforts on enhancing the student experience, engaging with diverse communities, raising UIC’s national and international reputation, and creating a culture of entrepreneurship.

Amiridis will start at South Carolina this summer. He replaces Interim President Harris Pastides, who came back to the university in May 2021 after previously serving as president for more than a decade. Amiridis was South Carolina’s provost from 2009 to 2015, working alongside Pastides to elevate academics and scholarship at the university.

“The qualifications to be the next president of the university include higher education experience at a senior level, having ‘walked the walk’ in academic life, a commitment to issues of diversity and inclusion, expertise in budgeting and fundraising, taking joy in celebrating Gamecock Athletics and a deep understanding and love of South Carolina. In selecting Michael Amiridis, the Board has found that person,” Pastides said.

“Today, we have chosen a scholar and administrator of the first order to lead our institution. Dr. Amiridis understands the university community and has a demonstrated track record of leading a large organization to new levels of success,” Smith said. “I wish to thank everyone in the university community who provided the Board with valuable feedback during this important presidential search.”

Amiridis, 59, is a native of Greece and a U.S. citizen. He earned his undergraduate degree in chemical engineering from Aristotelian University of Thessaloniki in Greece in 1985 and his Ph.D. in chemical engineering from the University of Wisconsin-Madison in 1991. He and his wife, Ero Aggelopoulou-Amiridis (MS, ’97, PhD, ’11), have two children, Aspasia (BS, ’19) and Dimitri (class of 2022).

About the University of South Carolina

The University of South Carolina is a globally recognized, high-impact research university committed to a superior student experience and to innovation in learning, research and community engagement. Founded in 1801, the university is a top-tier Carnegie Foundation research institution offering the No. 1 first-year student experience among public universities and more than 300 academic degree programs. More than 50,000 students are enrolled at one of 20 locations throughout the state, including the research campus in Columbia. With 60 nationally ranked academic programs — including top-ranked programs in international business, the nation’s best honors college and distinguished programs in engineering, law, medicine, public health and the arts — the university is helping to build healthier, more educated communities in South Carolina and around the world.