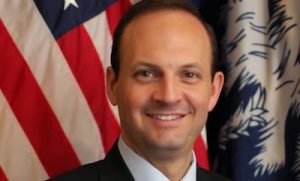 South Carolina Attorney General Alan Wilson joined a 17-state coalition suing the Biden administration over proposed rules that would violate the Second Amendment. The attorneys general filed a complaint today against the Bureau of Alcohol, Tobacco, Firearms and Explosives (ATF), the Department of Justice (DOJ), and the Acting Director of ATF. The coalition joined Morehouse Enterprises, Gun Owners of America, and Gun Owners Foundation to fight the Biden administration over the ATF’s unconstitutional rulemaking that would regulate firearm parts manufacturers.

The rulemaking seeks to, among other things, regulate unfinished, non-functional parts as if they were complete firearms. This threatens the American tradition of private firearms manufacturing that predates the Revolution.

In addition, the complaint alleges that ATF’s rulemaking takes steps toward the illegal creation of a national firearms registry. It would require firearms retailers to keep all sales records beyond their current 20-year retention requirement and eventually turn them over to the ATF instead of responsibly destroying them. This threatens the privacy of every gun owner in the country.

You can read the complaint here.