Joe Simpson and Reagan Riddell, seniors majoring in business administration, launched Soil Economy as a separate venture after serving as members of the BJU Global Challenges class that was named one of 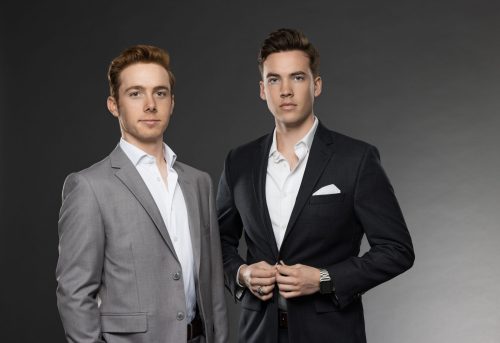 the winners of the $100 million XPrize Competition, funded by the Musk Foundation, to create scalable carbon removal technology solutions.

“In less than a year after winning the XPrize, Joe and Reagan took the initiative to start a company and secure funding. Their success is the embodiment of the BJU Premium,” said BJU President Steve Pettit. “It is gratifying to see a class project potentially have real-world impact. I know Soil Economy will be a credit to the SCRA and spur further innovation in the field of carbon measurement.”

Inspired by work on the class project, Joe Simpson, a resident of Arlington, Tennessee, and Reagan Riddell, a resident of Snow Camp, North Carolina, founded and incorporated Soil Economy in South Carolina. The goal of the company is to lower the cost of Measurement, Reporting, and Verification (MRV) technology, improve crop yields for farmers and make South Carolina a greener state.

After a successful pitch to representatives of the South Carolina Research Authority in September 2022, Soil Economy was admitted as a member of SCRA, a nonprofit which identifies, funds and incentivizes innovative projects that benefit the South Carolina economy. SCRA has invested over $55 million in technology-based startups and those companies have gone on to secure over $2.2 billion in follow-on funding.

SCRA membership gives Simpson and Riddell access to capital, office space, state-of-the-art research facilities and ongoing mentorship. At 20 years old, they are the youngest founders of a company granted admittance to the SCRA since its founding in 1983.

About the X Prize

The BJU team was named one of only five winners worldwide in the MRV category of the XPrize competition. Pennsylvania State University, Stanford University, the University of Miami and the University of Wyoming were also awarded funding. The winners were announced at the UN Climate Change Conference (COP 26) in Glasgow, Scotland, on Nov. 10, 2021.