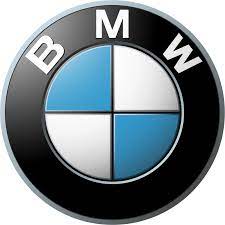 BMW announced today that the company is expanding its Spartanburg County operations with the construction of a new press shop. The $200 million investment will create 200 new jobs.

The 219,000-square-foot press shop – located on the BMW Plant Spartanburg campus – will take raw coils of steel, cut them into blanks and stamp sheet metal parts for future BMW models. These components include hang-on parts such as the vehicles’ four doors, fenders, exterior body sides and lift gate.

Plant Spartanburg’s press line will consist of five press (stamping) stations. The line will be equipped with servo technology, which enables BMW to significantly increase the output performance of the presses. Using an overhead crane, each station is loaded with the correct press tool (die). The blank is fed into the first press station and transferred from one station to the next by a crossbar feeder robot for additional forming and trimming operations. After the parts are stamped, they go to quality control for inspection and are then stacked into racks ready for delivery to the body shop production line.

The press shop will start production in the summer of 2024.

Since 1992, the BMW Group has invested nearly $12 billion in its South Carolina operations. BMW Manufacturing is the largest BMW Group plant in the world, producing more than 1,500 vehicles each day. The plant exports nearly 60% of its vehicles to about 120 global markets. For eight consecutive years, it has been the largest exporter by value in the United States.

“The BMW Group is known worldwide for the outstanding quality produced by its press shops. We are excited to add this new technology to Plant Spartanburg. This investment reinforces BMW’s commitment in the United States and South Carolina. We continue to play a major role in the region’s economic strength as well as workforce development and job training.” -BMW Manufacturing Co. President and CEO Robert Engelhorn

“I believe the kind of partnership BMW and Spartanburg County have is one of a kind in the U.S., and this announcement cements that. BMW, a worldwide powerhouse, is still driving success and innovation in Spartanburg, and our entire county is grateful for their continued investment.” -Spartanburg County Councilman and Chairman of the Economic Development Committee David Britt