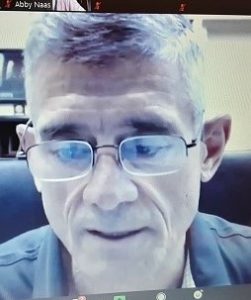 He told Rotarians that:

(1) renaming Sims Hall on campus – a building named for a man who performed medical experiments on slaves – has been reviewed by a special committee, but the state’s Heritage Act requires a two-thirds vote in the General Assembly for such changes;

(2) resuming onsite classes is based on mitigating health risks through COVID-19 testing, contact tracing, social distancing, wearing masks in class and “responsible measures” to avoid disease spread to the community at large;

(3) the slate of Southeastern Conference football games likely will be played, but non-conference games may be decided on an individual team basis, and social distancing will impact stadium seating; and

(4) USC’s strategic vision is to become the nation’s premier flagship university, serving the needs and transforming the lives of the people of South Carolina.

Caslen said he and his executive team will work to recruit the best students, employ world-class faculty and staff, boost the school’s research status, improve systemwide integration of programs and campus infrastructure, and prioritize economic development.