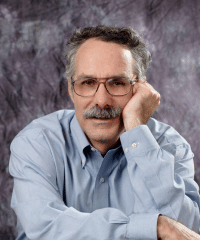 China may be an even bigger economic deal than we thought. Almost everyone knows that, in the past three decades, China has gone from a huge and poor nation to the world’s biggest exporter and second-largest economy. Now, in a new report, two economists claim that China’s emergence explains a lot more. Specifically, they say it fostered three major global trends: low interest rates (which also prop up stock prices); weak or declining wages for workers; and growing economic inequality.

The central cause of these massive side effects is population change, contend Charles Goodhart of the London School of Economics and Manoj Pradhan, formerly of Morgan Stanley. The infusion of hundreds of millions of Chinese workers into the world economy weakened global wages and created a glut of global savings. Lagging wages worsened inequality; surplus savings depressed interest rates.

In 1990, what we called the “world economy” consisted mostly of industrialized countries, including the United States, Western Europe and some wealthy Asian nations. Their working-age population (20-64) totaled 685 million women and men; by 2014, it had grown 11 percent to 763 million. China and the former Soviet bloc countries of Eastern Europe essentially isolated themselves from this global system. No more. Between 1990 and 2014, their massive “integration” with the wider world economy added 1.12 billion workers to the global workforce.

“The numbers associated with this integration are staggering,” write Goodhart and Pradhan. Over a quarter-century, the potential global workforce more than doubled compared to what it would have been had the 1990 trends continued. The abundance of labor meant that, as companies struggled to expand and survive, there was continuous downward pressure on wages. Similarly, the savings glut reflected workers’ preparation for retirement.

There’s more. Goodhart and Pradhan now contend that the demographics are swinging in reverse. What was true yesterday may no longer be true tomorrow: (1) The surge of new workers is abating. Labor markets will tighten. Real wages (wages adjusted for inflation) will begin to rise. Inequality will diminish. (2) As societies age — most, if not all, industrialized nations face graying populations, reflecting longer life expectancies and low birth rates — the savings glut will decrease or vanish. The reason: The elderly will spend down their retirement accounts. Capital will become scarcer; interest rates will rise.

What are we to make of this?

Recognize first that, if Goodhart and Pradhan are correct, the ability of governments to shape the future is limited. We are being tugged by forces largely beyond our control. Only in indirect ways do most governments regulate trends as basic as fertility rates or life expectancy. China’s one-child policy, now abolished, was an obvious exception.

Next, understand that there are many other possible explanations for the trends that Goodhart and Pradhan highlight. New technologies and the need for higher skills are often cited as causes for increasing wage inequality. Low interest rates are often attributed to weak demand by businesses for new plants and equipment, a possible cautionary legacy of the 2008-09 financial crisis.

Economist Timothy Taylor, whose website (”Conversable Economist”) featured the Goodhart-Pradhan report, calls their theory a “plausible speculation.” That’s a fair judgment. More proof is required before we accept it as gospel. Still, the basic lesson is that by its sheer size, China exerts a huge influence on the global economy. What happens in China doesn’t stay in China.