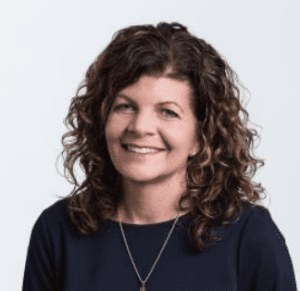 Library Journal chooses these individuals based on their distinctive contributions to the field and their impact but also the power they foster in the people they serve. Those selected exemplify powerful professional and personal commitment.

“Christy James is a dynamic, creative leader who advocates for all CCSD Teacher-Librarians, and has been instrumental in working with HR to recruit, train, and retain talent for CCSD,” said Robin Jones, CCSD’s Executive Director of Instructional Programs. “She is highly respected and a tremendous asset to the Learning Services team.”

As a former middle school English and social studies teacher in Wilmington, NC, Christy James learned just what a powerful impact a school librarian could have from her influential colleague Jennifer LaGarde, aka Library Girl (a 2012 Mover & Shaker).

“After working with her, who wouldn’t want to be a librarian,” James said.

James got her wish when she became a middle school teacher librarian in CCSD in 2014, and then landed the role overseeing library services for the district in 2017.

Besides securing additional funds for the libraries and making their collections more inclusive, James found an inspired way to deal with the library job shortages that plagued the district. With the district’s chief human resources officer, James created a program with the University of South Carolina (USC) to help current teachers fund a Masters of Library and Information Science degree and get a job at a district library after they’d finished 12+ hours of coursework (out of a total 36).

She developed an application process that was designed to find tech-savvy teachers who had at least three years of experience, were strong collaborative instructors, and were passionate about literacy and access.

“I’ve been told the application was intense,” admitted James.

The efforts paid off. In 2018 and 2019, the partnership with USC helped two cohorts of ten teachers each start their degrees in January and get a job by August. Five more are in the current degree program that started January 2020. Since 2018, all 76 district library jobs have been filled with certified librarians. “This year we had five teacher librarians honored as their school’s teacher of the year, and two of those were cohort members,” she said.

“I want our librarians to stay in CCSD and keep making an impact,” said James.

When she started the job, someone told her she was a bulldozer with a smile, which she takes as a compliment.

“I’m not easily deterred when there’s something worth fighting for,” she said.