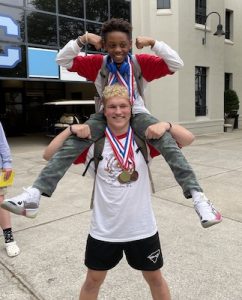 As Yoda may have said in a galaxy far, far away but more clearly and concisely articulated by the Clinton Anatomy teams’ coach, Dr. Stan Walsh, “No longer is there a disturbance in the force. The balance returns and a new streak begins.”

Last year was unexpected…the CMS Science Olympiad team did not win state for the first time since 2003.

This time, the team left nothing to chance or a repeat of that fate. Although limited to only a few teams this year (again because of COVID) like last year, this team took no prisoners…winning seventeen of twenty-three events and securely planting the state championship in Clinton.

In addition to the podium places, CHS also had four fourth-place finishes.

Science Olympiad is an all-day, twenty-three event competition encompassing all areas of science, engineering, technology, and math. Events change annually marking the fact of Clinton’s continued excellence in science all the more amazing.

Coach Terri O’Shields does double duty serving as head coach of both the Clinton Middle and the Clinton High School teams. Coach O’Shields says, “Science Olympiad is more than a team competition; it is the intentional building of a family of learners, a commitment to excellence, and a recognition that success takes sacrifice and dedication.”

“Without public support and special attention from a dedicated cast of knowledgeable and willing-to-learn coaches, the team would not be where it is today,” Ms. O’Shields continued. “Science Olympiad is a year-long commitment. This year was extremely difficult due to no in-person invitationals or extrinsic incentives. We had great hopes to attend several invitationals but COVID put a stop to that; however, the team stayed together and worked weekend after weekend and on weeknights.”

“Clinton is a relatively small high school, much smaller than most of those we compete against. Our students are very involved in so many other activities that Science Olympiad has to remain a priority…even when students are juggling multiple sports, clubs, or teams. You have to learn to use time effectively and not procrastinate. Students choose Science Olympiad because of their curiosity or desire to learn. As long as students remain interested, I think Clinton will be a force for years to come,” Ms. O’Shields cautiously admitted.

Well at least for this year, the balance has returned to Science City, South Carolina (aka Clinton). Great job to both teams and their coaches on bringing home the first place trophies. These two new trophies have many friends to meet in their respective trophy cases.

Both teams will compete virtually for nationals during the weekend of May 13 – 15, 2022. Cal Tech is the host site for the 2022 Science Olympiad.

For more on the history of the South Carolina Science Olympiad, please check out the following source: https://en.wikipedia.org/wiki/South_Carolina_Science_Olympiad . Former CMS and CHS teammate, Patrick Nelson, edits and posts to this site on an as-needed basis.

Click on the images below to see two very happy teams! 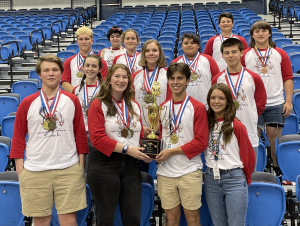 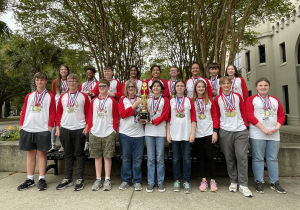 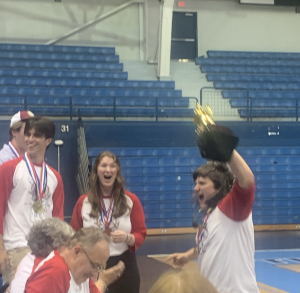 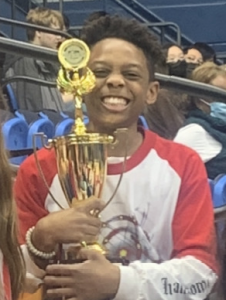 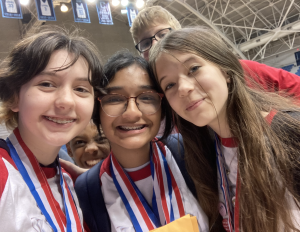 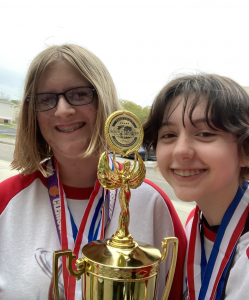 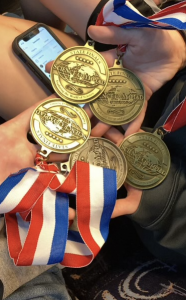 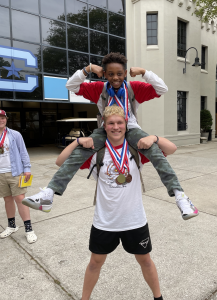