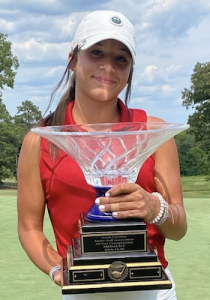 Seven champions were recently crowned at the Thomas D. Todd All Stars Championship hosted by Rock Hill Country Club. The A.W. Tillinghast design was a tough test for the golfers, with no competitors finishing the tournament at par or better.

Among the winners was Mia Carles of Clinton in the girls 13-18 division. With the most commanding victory of the day, Carles of the Piedmont Chapter ran away from the rest of the pack. Carles finished the tournament at five-over par 149, which was good enough for a 14-stroke victory. Londyn Rath of the Spartanburg Chapter climbed the leaderboard into second place at 19-over par, 163 for the weekend.

“We are so proud of Mia,” said Shellie Carles. “Her commitment, dedication and hard work on and off the course is such a blessing to observe.”

Carles is no stranger to golf growing up in a large family of skilled golfers.  One of eleven children to proud parents, Javier and Shellie Carles, Mia is a natural on the golf course. Her championship win this year is not the first for the family. Sister Sofia Carles won the title in 2019 and Phoebe Carles won the title three times (2015, 2016, and 2018). Mia’s brother, Javi, served as her caddy for the tournament and provided support and guidance during the fast-paced course and difficult shots.

Seven of the eleven Carles children play golf, so we are sure to hear more about them on the golf course.

Congratulations to Mia on the win! 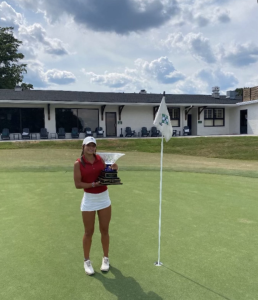 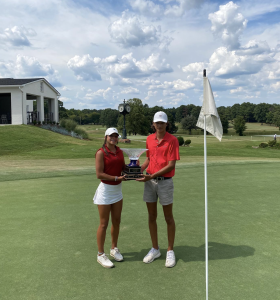 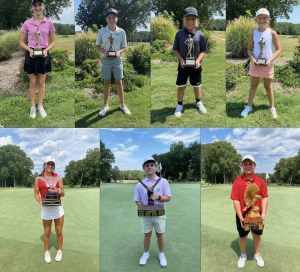 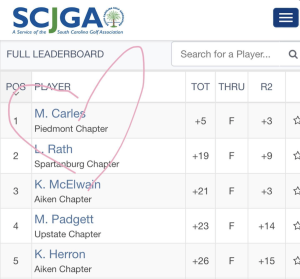 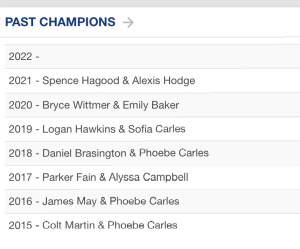