Do you pick up rocks? I do. I feel compelled to pick up rocks. And so do others. Many people take rocks home and create a sort of geologic museum. In my office you’ll see a large amethyst crystal, stones from the Chattooga River, the arrowheads of youth, and somewhere a piece of petrified wood hides. In others’ homes I’ve noticed rocks on shelves, desks, and in window ledges. Door stops too.

Maybe rocks serve as amulets that protect against danger and ward off evil, and there’s plenty of that around for sure. Some of us just like rocks but serious collectors are out there. Rockhounds. They barter and sell rocks, grind and polish them into jewelry, and like the aforementioned sit them all over the house. 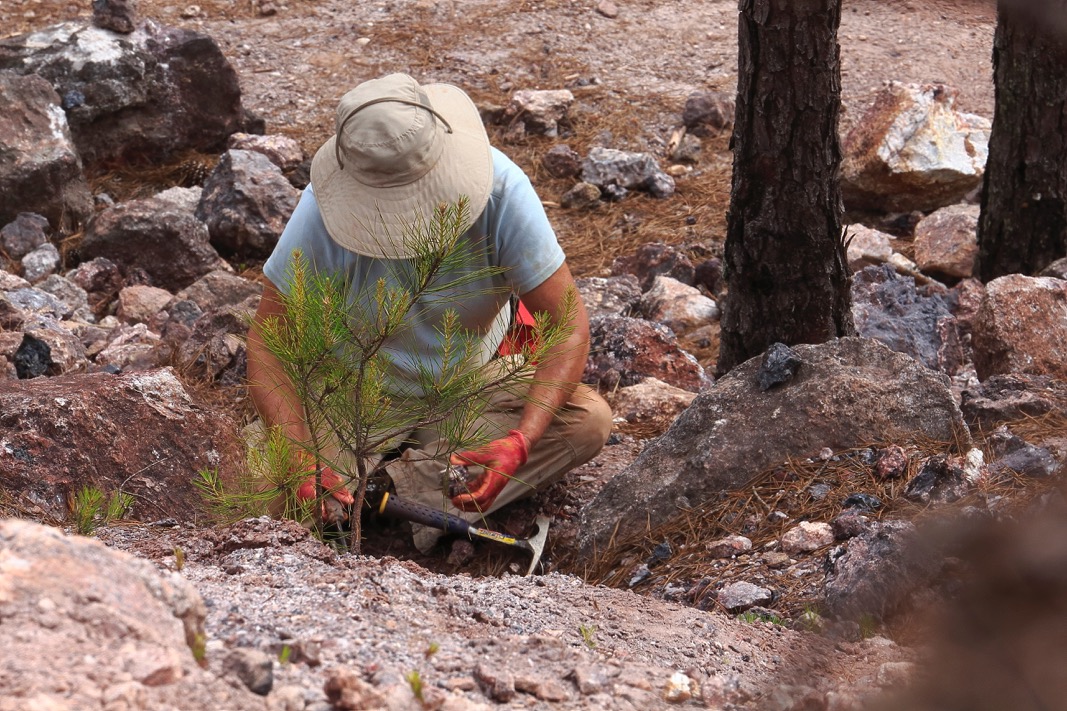 Rockhounds trek all over the country to collection sites, and a favored site is close to my boyhood home, Graves Mountain in Lincoln County, Georgia. I was there during the April Rock Swap and Dig. People came from Atlanta, South Carolina, Florida, and other points. They lugged carts heavy with rocks. They chipped away at boulders and deposits. They compared finds and reminded me of prospectors out West. I didn’t see any donkeys but they would have fit right in.

I looked around and saw flakes where folks had chipped away at rocks looking for treasure. They don’t just randomly hammer away. Rockhounds possess knowledge of minerals. They know what they’re looking for and they know they’re at a legendary place for doing so. 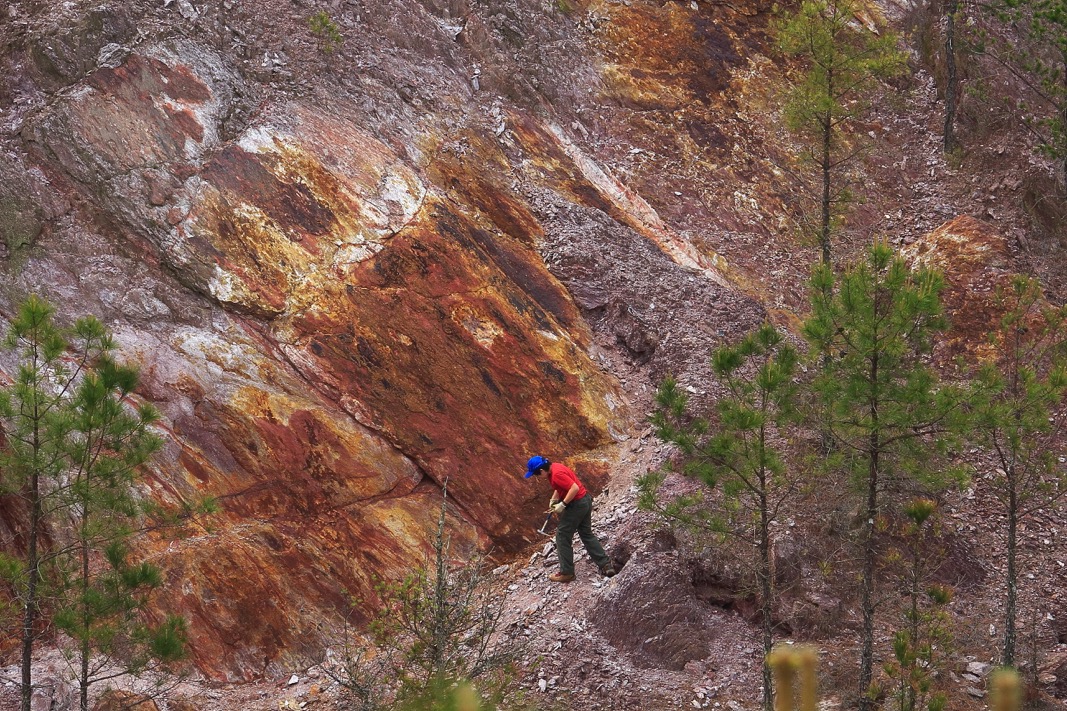 Graves Mountain’s original rocks were deposited about 300 million years ago. Then during the continental collisions, the Lincoln County region was forced into Earth’s mantle and subjected to heat and pressure. New minerals formed and existing minerals changed. Heat and pressure formed different minerals and they metamorphosed into the erosion-resistant schists and quartzite we recognize today as Graves Mountain.

The dominant mineral emerging from geologic change at Graves Mountain is kyanite—a blue silicate mineral—and it caught industry’s attention. Commercial mining began in 1963, and at one point, Graves Mountain produced half the kyanite in the United States. Much of it went into the ceramic material used in spark plugs. 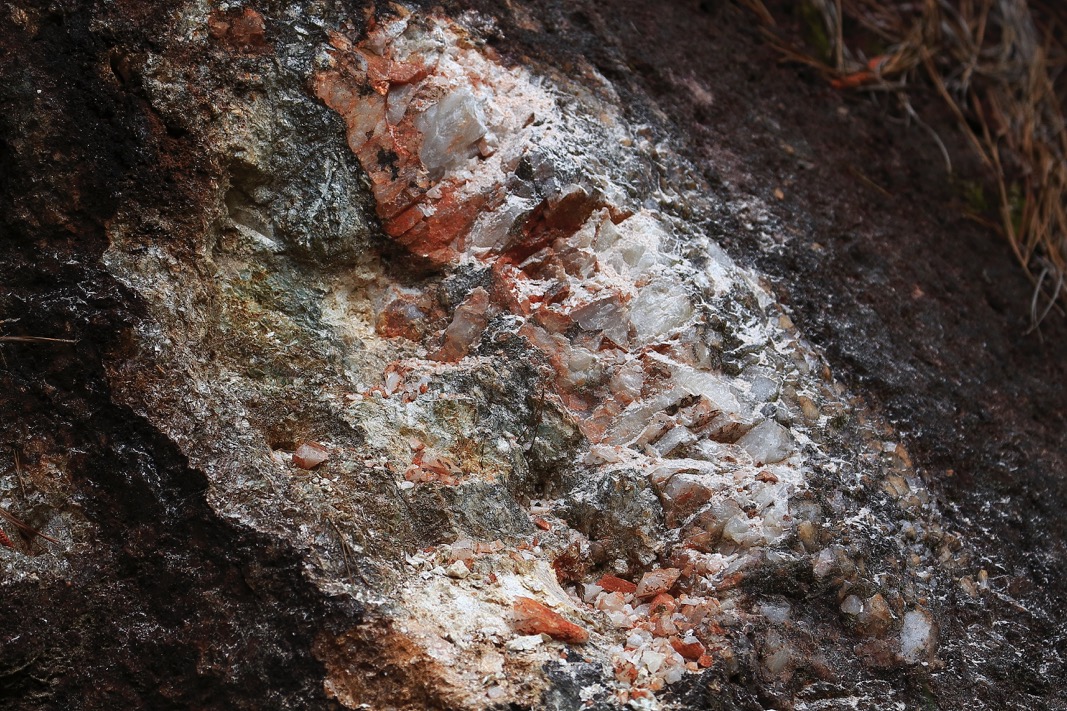 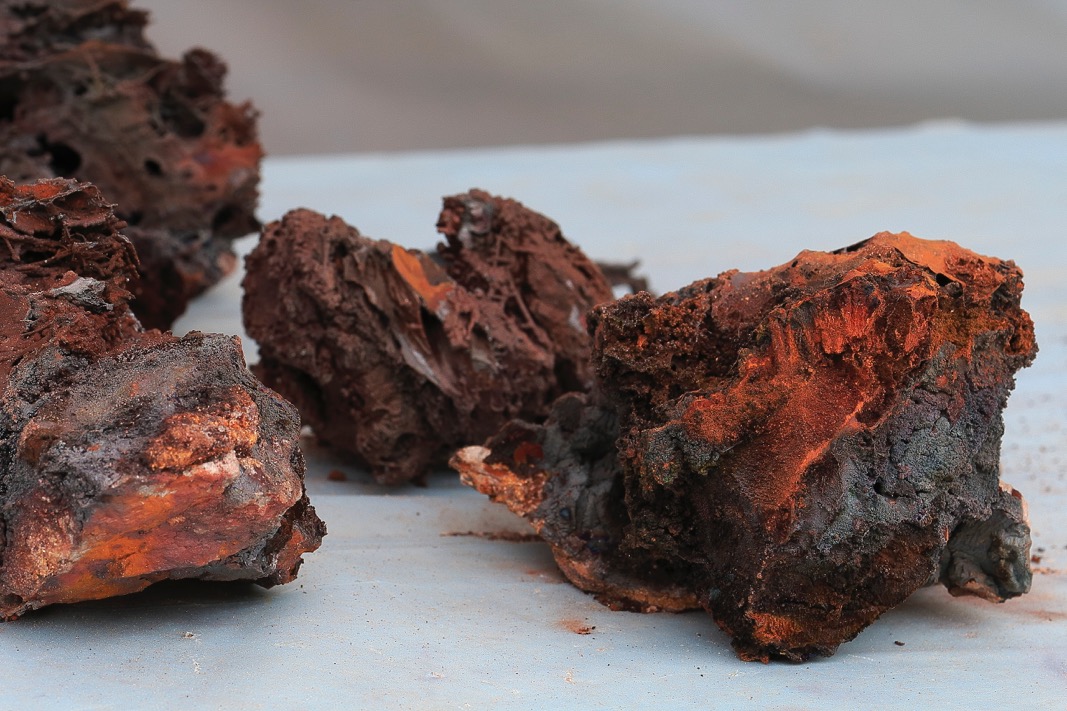 You better not feel compelled to pick up rocks in California. It’s illegal and considered tampering with geological features. I suppose folks who come to Graves Mountain don’t bother to head out California way, although California has rock hound clubs. Maybe club members just photograph rocks. I bet they’d like to come to Graves Mountain where they can actually pick up a rock. (My tires tamper with geological features. Every so often I pry gravel out of the treads. I suspect a lot of tread picking goes on in California.)

I tamper with geological features for a simple reason. It just feels good to hold something old and original from Mother Earth. In the comfort of my home I can pick up a rock and a flood of memories come to me. I suspect it’s the same for you too. Rocks give me a connection with the planet. They’ll be around long after I’m gone.