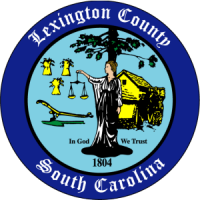 If approved by voters in November, the 1% sales and use tax will generate $536 million to be used for road and infrastructure improvements across Lexington County

The measure now moves to the General Elections’ ballot in November, where Lexington County voters will choose whether the Capital Project Sales Tax will be applied. If approved by the voters, the Capital Project Sales Tax (CPST) will impose a one percent sales and use tax, with all of the proceeds funding infrastructure improvement projects across Lexington County. The CPST will remain in effect for eight years, if approved by the voters.

This process began with the creation of the six-member CPST Commission to review the infrastructure projects that were submitted by various governmental bodies within Lexington County. By statute, Lexington County Council appointed three members to the CPST Commission, and then a statutory formula allowed for the municipalities to appoint three members who must be residents of a municipality.

The projects will be completed in the order of priority as determined by the CPST Commission. If there are circumstances for which a priority project is delayed, County Council may enact an ordinance to fund a lower priority project because of the delay. You can see the finalized priority list of projects here.

“This is not County Council that is passing this tax,” Councilman Todd Cullum said. “This is allowing the people that elected all of us to have a say in this matter.”

“This is not a whim decision,” Council Larry Brigham said. “We’ve explored every option that we knew to explore to try and help fund the roads and this is the answer.”

“If you look at this list, there’s nothing on this list that you can’t put a piece of rubber on,” Chairman Scott Whetstone said. “It is not this nine-person body’s decision. It is up to the people of Lexington County. This is your vote, and your voices will be heard.”

For more information about the CPST including a list of projects by type, by district and by priority, visit www.lexingtoncountycpst.com.