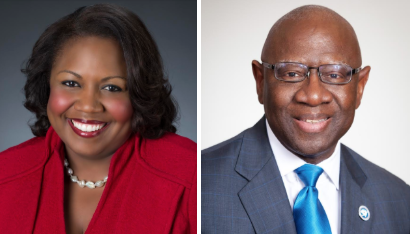 At its first meeting of the year Tuesday, Richland County Council reelected Councilman Paul Livingston to serve as chair.

Livingston and Myers were previously elected as chair and vice chair at the start of 2019.

“Thank you for your vote of confidence. I will continue, as I have in the past, to serve this County in a dignified and respectful way,” Livingston said.

Myers was first elected to represent District 10 in 2016 to fill an unexpired seat. Later that year, she was reelected to a full term.

Following the election of chair and vice chair, Councilmembers selected their seats in the Council Chambers. Members could choose seats by order of seniority (years of continuous service) and then by alphabetical order.