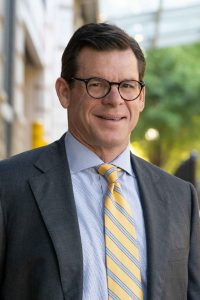 Fowler has served Countybank for more than 24 years in various leadership roles, most recently as the bank’s most senior corporate banker as Director of Commercial Banking and Strategic Initiatives. As Anderson Market Executive, he is responsible for leading Countybank’s business development efforts in Anderson and helping the organization continue to grow and prosper in this growing market.

Fowler holds a Bachelor of Arts degree in economics from Wofford College and has attended the North Carolina School of Banking at UNC Chapel Hill and the Campbell University Trust and Investment School. He holds a Wealth Management Specialist Certification and is a S.C. Licensed Insurance Agent. Fowler has also served in a variety of important roles in banking and in the community, including president, president-elect, treasurer and member of legislative committee of the Independent Bankers of South Carolina.

“Jimmy has successfully served in many different types of leadership roles throughout his long tenure with Countybank,” said Ken Harper, Executive Vice President, Chief Banking Officer. “His extensive business development experience and knowledge of this market as an Anderson County native will serve both him and the bank well as we continue to support growth and development in the Electric City.”