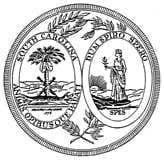 Secretary of State Mark Hammond today announced his office’s participation in a settlement between 24 state agencies and VietNow National Headquarters, Inc., an Illinois-based charitable organization, resulting in the organization’s dissolution.

In March 2017, Michigan Attorney General Bill Schuette alleged thousands of deceptive solicitation violations against VietNow for misrepresenting its charitable programs to donors.  That investigation led to other state actions and the present negotiated resolution shutting down the charity.

“Organizations like VietNow that exploit the sacrifices of the men and women serving in the armed forces and donors’ patriotism are the lowest of the low,” said Secretary Hammond.  “I praise Michigan Attorney General Schuette for his agency’s leadership in this enforcement action, and am proud to be a part of this multistate settlement dissolving this so-called veterans’ charity.”

In addition to appointing a receiver to dissolve VietNow, the settlement obtains injunctive relief against VietNow’s directors and officers and requires their cooperation in investigations of VietNow’s professional fundraisers. Upon dissolution, VietNow’s remaining funds will be distributed to two national and well-respected veterans’ charities, Fisher House Foundation and Operation Homefront.

The South Carolina Secretary of State’s Office had previously named VietNow National Headquarters a “Scrooge” in 2003 and 2015, based on the organization’s low percentage of total expenses devoted toward charitable programs. In its most recent financial statement for the fiscal year ending June 30, 2016, VietNow reported raising nearly $2 million nationwide. However, most of this cash was paid to fundraisers, with only 4 percent of its expenditures going toward charitable programs.