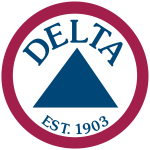 Robert W. Humphreys, the Company’s Chairman and Chief Executive Officer, commented, “We ended our fiscal year with balanced growth across all of our businesses in the fourth quarter. The broad-based performance powered stellar results, including year-over-year sales growth of 8% and a 70% improvement in operating profit. Our exceptional fourth quarter performance resulted from strong execution at the operating level with a very quick ramp up in our manufacturing operations, demonstrating the resiliency and strength of our vertically-integrated supply chain model. Despite the numerous challenges we faced earlier in the year with the COVID-19 pandemic, I am extremely proud of what we accomplished.”

Total inventory at fiscal 2020 year-end declined approximately 19% to $145.5 million compared with $179.1 million a year ago primarily driven by stronger than anticipated sales in the back half of the year following government-mandated closures that impacted manufacturing during the June quarter. Delta Apparel resumed manufacturing operations at the end of June, and successfully ramped up production levels quickly, reducing its start-up costs to only about $0.2 million, down from its original expectations of up to $3 million during the fourth fiscal quarter.

Total net debt, including capital lease financing, decreased $12.3 million to $122.2 million as of October 3, 2020, resulting in cash on hand and availability under the Company’s U.S. revolving credit facility totaling $47.1 million at September 2020 year-end, a $20 million improvement in liquidity from a year ago. Cash provided by operating activities in fiscal year 2020 was $31.8 million compared to $9.4 million for fiscal year 2019. Capital expenditures during fiscal years 2020 and 2019 were $13.6 million and $16.2 million, respectively.

Delta Apparel, Inc., along with its operating subsidiaries, DTG2Go, LLC, Salt Life, LLC, and M.J. Soffe, LLC, is a vertically-integrated, international apparel company that designs, manufactures, sources, and markets a diverse portfolio of core activewear and lifestyle apparel products under the primary brands of Salt Life®, COAST®, Soffe®, and Delta. The Company is a market leader in the on-demand, digital print and fulfillment industry, bringing DTG2Go’s proprietary technology and innovation to the supply chain of its customers. The Company specializes in selling casual and athletic products through a variety of distribution channels and tiers, including outdoor and sporting goods retailers, independent and specialty stores, better department stores and mid-tier retailers, mass merchants and e-retailers, the U.S. military, and through its business-to-business digital platform. The Company’s products are also made available direct-to-consumer on its ecommerce sites at www.saltlife.com, www.coastapparel.com, www.soffe.com and www.deltaapparel.com as well as through its branded retail stores. The Company’s operations are located throughout the United States, Honduras, El Salvador, and Mexico, and it employs approximately 7,900 people worldwide. Additional information about the Company is available at www.deltaapparelinc.com.