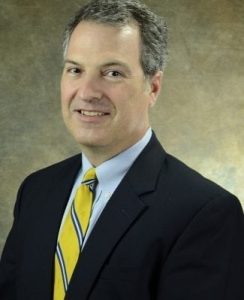 In South Carolina, as in other states around the nation, school district consolidation is a perennial theme.

This year, in addition to the usual bill to force consolidation by county, state leaders are promoting possible financial incentives to encourage district and school mergers, including leveling teacher pay for districts that consolidate and funding construction for schools that agree to merge.

Consolidation is always a convenient talking point, far easier in every state than tackling hard decisions about adequately funding districts in poor areas.  It’s important to realize, though, that while mergers may serve the interests of some districts, what’s good for some isn’t necessarily right for all.  As an abundance of research shows, consolidation is not the financial panacea its proponents imply, nor is it necessarily in the best academic interest of many of our state’s students.

The primary appeal of district consolidation is saving money, based on the theory that larger districts operate with greater economies of scale, freeing resources that can be used to improve education.

In the real world, the financial benefits of consolidation are far from clear.

In a comprehensive review of consolidation efforts across the nation, researchers in Colorado found that actual costs ran the gamut of possible outcomes, from moderate savings to substantial cost increases.  In some consolidated districts, operating costs declined, but those savings were partially or mostly offset by increases in capital costs.  In other districts, overall costs declined initially but returned to higher levels over time.

Some districts, moreover, reported higher expenses both immediately and over the long term.  Increased costs in these districts resulted from more capital outlay, higher transportation expenses, upward salary adjustments for teachers and equalized educational opportunities across schools, among other factors.  In cases where smaller districts merge with higher-growth districts, taxpayers might find themselves paying debts incurred for new buildings and other improvements, increasing the cost of education without receiving much of the benefit.

Most reviews of contemporary consolidation efforts conclude that the great waves of consolidation in the first two-thirds of the 20th century produced most of the efficiencies possible.  The National Education Policy Center’s review echoes this finding:  “The consolidation strategy seems to have reached the point at which markedly diminished returns should be anticipated,…suggesting caution for policymakers pursuing consolidation in the hope of cutting costs.”

If the financial upside to consolidating districts is murky, the risks are not disputed.

The effect of this pressure is evident in Arkansas, where lawmakers forced consolidation of small districts in 2004, pledging to merge administrative functions but keep schools open.  By 2015, according to the Arkansas Rural Community Alliance, 98 schools had been closed.

But school closures also may most heavily impact the very students South Carolina needs to better serve. Studies have shown a number of adverse effects of school consolidation on students in general, but on low-income students in particular.

Whatever legislators might wish, the research clearly shows that there is no effective one-size-fits-all approach to school and district organization.

As a study issued by the Department of Education earlier this year suggests, districts can achieve much of the efficiency we all want through collaboration, as many smaller districts already are doing.  But consolidation works best when communities want it.  Decisions about formal district and school governance should not be mandated by the legislature for the purpose of saving money; they should be carefully considered by the communities affected, based on the particular needs of their students.

Most of all, we need to recognize that there is no easy answer to the challenge of high-poverty students in high-poverty schools, no magic substitute for investing more in low-income populations.  If we are serious about improving education, South Carolina’s leaders should be focused on the hard business of equalizing funding and increasing opportunities for students in whatever schools are best able to meet their needs.

Scott Price, Esq., is executive director of the South Carolina School Boards Association a non-profit organization that serves as a source of information and a statewide voice for boards governing the State’s 81 school districts.