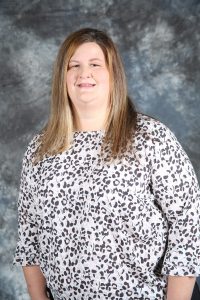 On May 17, 2022, the Lexington County School District One Board of Trustees approved the promotion of Jessica L. Keisler to principal of Pelion Middle School. A 16-year, award-winning educator, Keisler currently serves as PMS assistant principal.

Keisler’s commitment to the Pelion community is evident, as she’s spent her entire career serving the students of PMS. She began her career in 2006 as an English language arts teacher at PMS, before she transitioned to teaching mathematics. During her ten years in the classroom, she served as ELA and math department chair, collaborated to develop curriculum and participated in Teacher Leadership Council. She also coached middle school and junior varsity girls basketball.

Additionally, from 2015–2017, Keisler served as the adult education coordinator for Pelion High School, where she supported students and handled administrative needs of the program.

In 2017, she was promoted to instructional coach and lead interventionist. In this role, she provided professional development for teachers, implemented schoolwide Tier 2 Response to Intervention programs and planned community outreach events. She was awarded the Michelin Golden Apple Award for 2018.