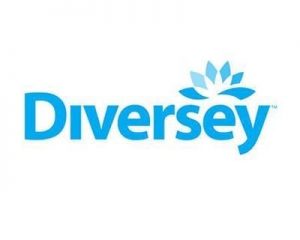 FORT MILL, SC –  Diversey, a global leader in the hygiene and cleaning industry, announced that Mark S. Burgess is resigning as Chief Executive Officer effective January 9, 2020 to take another executive role, and will be replaced on an interim basis by Philip R. Wieland who most recently served as the Company’s Chief Financial Officer. Burgess will remain on the Board of Directors and work closely with Wieland to ensure a smooth executive transition. Diversey has launched an external search for a new CEO.

Wieland has deep experience as a senior executive of scale services organizations, having served as CEO of UK and Ireland operations and as Group CFO of Brakes, a leading European food service business with revenues of 4 billion Euros and 13,000 employees. He was previously CFO of General Healthcare Group, a private owner of hospitals in the UK, and served in a number of executive roles at British Sky Broadcasting. He received a Bachelor’s degree from the University of Leeds.

Wieland is succeeded in the CFO role by Todd Herndon, an experienced financial management executive who is returning to the Company after holding a series of positions of increasing responsibility over eight years at Diversey Care, including general manager of the Building Care core business, and Vice President of Finance at the time of its acquisition by Sealed Air Corporation (NYSE: SEE). He has since held the CFO role at Gardner Denver (NYSE: GDI), a leading global provider of industrial technology and services where he helped lead the company’s successful 2017 initial public offering. Herndon also served as CFO at Capital Safety, a maker of protective equipment where he oversaw the company’s $2.5 billion acquisition by 3M Company (NYSE: MMM) in 2015. He earned a Bachelor’s degree at Indiana University, and an MBA from Marquette University.

Diversey made several strategic moves in 2019 to expand its differentiated platform. In December, it announced the acquisition of the global intellectual property rights related to Accelerated Hydrogen Peroxide® (AHP), an innovative and revolutionary technology, from Virox Technologies, Inc. Previously, Diversey announced a significant investment in a new R&D center in China, a key milestone in the execution of the Company’s Asia strategy. The Company also made additional investment to support its continued growth in the U.S. market where development has begun on a new North American R&D laboratory in Fort Mill, SC, and where Diversey has added over 20,000 Food Service locations in the past 18 months.

Diversey has been, and always will be, a pioneer and facilitator for life. Diversey constantly delivers revolutionary hygiene technologies and services that provide total confidence to customers across all of its global sectors. Headquartered in Fort Mill, South Carolina, USA, Diversey employs approximately 8,700 people globally, generating annual net sales of approximately $2.7 billion.