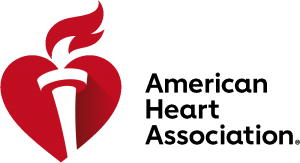 Douglas Boyle held Marketing and General Management roles with PepsiCo and Royal Dutch Shell during his professional career. His early responsibilities ranged from traditional brand management roles to managing Frito-Lay’s start-up operation in Istanbul, Turkey in the early ‘90s. Boyle has volunteered extensively at the American Heart Association where he is a member of the National American Heart Association Board of Directors.

Jim Newsome is also excited to continue his work with the Southeast Affiliate Board. Newsome became President & CEO of the South Carolina Ports Authority (SCPA) on September 1, 2009 and is only the fifth leader in the history of the organization. He was previously President of Hapag-Lloyd (America), Inc., which is part of the world’s fifth-largest ocean shipping company. Newsome has been involved with the American Heart Association since 2012. He also served as Chair of the 2020 Lowcountry Heart Walk, which made history by raising more than $1.2 million. This campaign is the first-ever million-dollar Heart Walk in South Carolina.

“We just concluded a record-breaking campaign year, raising $1.24 million, making this the largest American Heart Association event in South Carolina history and setting a new standard for the future in the Lowcountry. Through innovative and turnkey programming, the AHA has also allowed me to contribute to the health of my community and employees,” said Newsome.

During the upcoming year, Newsome and Boyle will continue to play an instrumental role in guiding efforts to reduce the incidences of heart disease and stroke, the No. 1 and No. 5 leading killers, respectively, of American men and women.