Window To The Past

The old window looks out on Highway 25. The view at best is limited. Standing behind the window, you’d peer through iron bars and yards away a pine thicket. The real view however lets us see many years into the past. This window set in Elberton granite with its stout though rusting bars belongs to the old chain gang camp in Edgefield, South Carolina.

I find the old window to be beautiful. It’s a study in geometry with its squares within squares, the mossy granite, and one green leafy vine that so far defies winter. Peering into the window you see a void of black, but if you listen you will hear hammers, music, and voices. 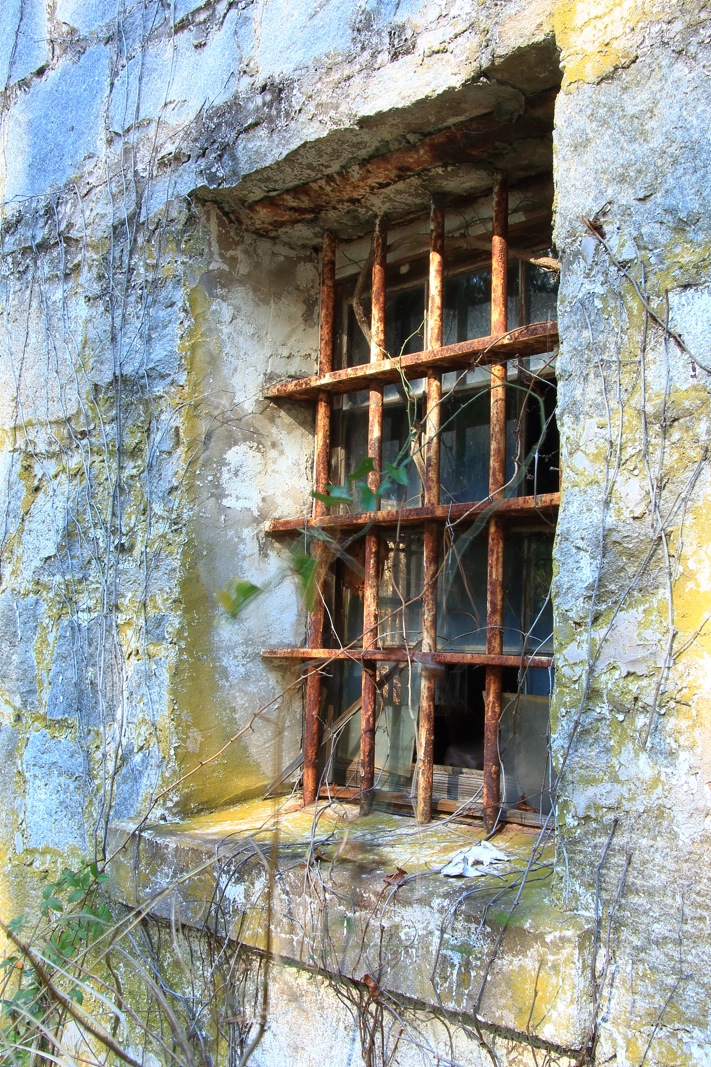 “That’s the sound of the men working on the chain gang. All day long they’re singing hooh aah hooh aah.”

That old Sam Cooke song became a hit in the summer of 1960. The story goes that Cooke was touring, when he handed out cigarettes to a chain gang working on the side of the road. Among them were Cooke’s brother.

As for my chain gang experience it was a beautiful day for visiting the past. Over the old camp a gossamer moon, wafer thin and pale, affixed the sky, a button of pearl stitched to blue linen. The stockade with its scalloped façade brought the Alamo to mind.

I walked up to another window in the old camp. In it, a rust-splotched knife lay with its cutting edge facing corroded bars. It could have cut through the window casing’s rotten wood like cutting through hot butter. Above the knife two dirt dauber nests muddied the dusty windowpanes. Holes in the nests revealed where young daubers had broken free of their mud prison. The iron, steel, glass, and stone looked cursed. Standing here amid the cold granite stones felt wrong. It was a place of confinement and forced labor, but you know the old saying, “Don’t commit the crime if you don’t want to do the time.” Yes, run afoul of some law, just or not, and you get a stay in the crossbars hotel. 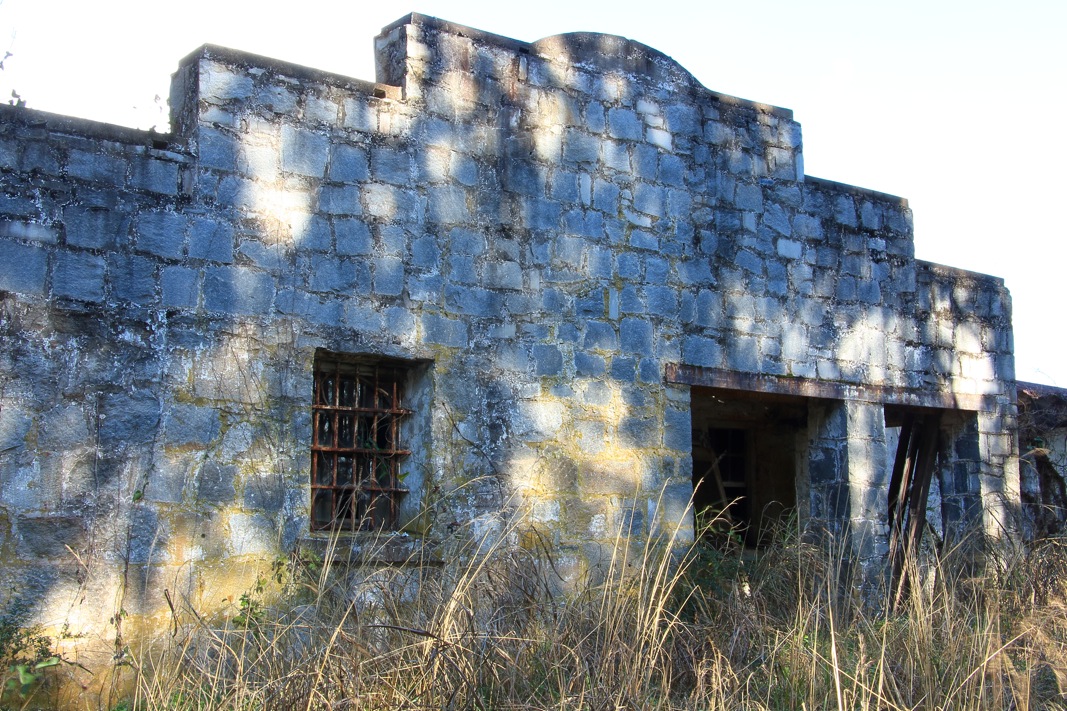 So, what we have here is a chain gang camp, circa 1940, on Highway 25, three miles north of the Edgefield Square. What little I know is this. Convicts laid the foundation and that Edgefield granite became a place of confinement with walls 12 to 16 inches thick. If you go see it, walk to the left rear of the building toward an old barn and study the ground. You’ll come across graves. A potters field of sorts holds prisoners, indigents, and drifters who died passing through Edgefield. Lots of graves, mostly unmarked. The Edgefield Preservation Association hopes to identify and mark as many graves as possible.

The chain gang is a notorious part of the South’s past. I dimly recall seeing men working the roads back in the 1950s. Now and then in various places I see unfettered prisoners in orange togs picking up litter. I doubt they would inspire someone like Sam Cooke to write a song, but I’m sure of something else. Neither will they be buried in a nameless grave in a spot of woods easily passed by.