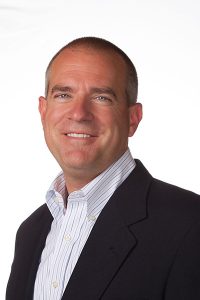 Eldeco Inc., an industry leader in electrical design and construction, announced that Joel Langhals has accepted the position as President of Eldeco. Langhals, previously the Vice President of Charleston operations for Eldeco, assumed the new role in February.

In his new role, Joel is working to advance the company’s long-term vision and strategy. The position creates a new level of leadership to both the engineering and operations units. He is working closely with those units and Eldeco’s four regional offices to streamline procedures and operational efficiency.

“I have been honored to lead our Charleston office for the last 14 years, and now look forward to working closely with Allen and our leadership team to advance Eldeco’s long-term goals,” said Langhals. “This is an exciting time at Eldeco, where a culture of relationships, commitment to safety, innovation and working together is paramount. I am eager to build on that long-standing culture and enhance it as we move forward as One Eldeco.”

Founded in 1972, Eldeco Inc. is a privately-owned design-build electrical contractor serving the industrial, commercial, institutional and retail markets. In addition to its headquarters in Greenville, S.C., the company has locations in Pelham, Ala., Concord, N.C., and North Charleston, S.C.