Every state needs someone to record what it’s lost. Every state needs a John Mulhouse. I’ve never met John but we’re in touch and we share much—the beauty of abandonment, UGA grads with Augusta, Georgia, connections, and Carolina bays. 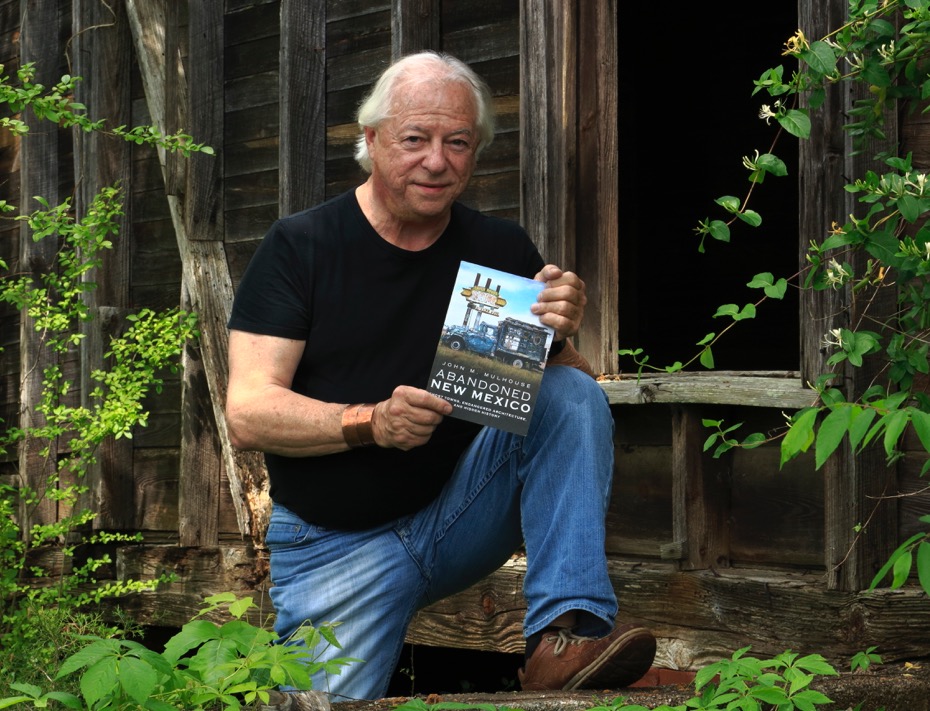 I discovered John through his “City of Dust” blog dedicated to photo-documentation of the derelict historic buildings and abandoned places along the Georgia-South Carolina border. Following a move to New Mexico in 2009, City of Dust began to explore the history of entire towns, rural places often forgotten by all but those who still live there and love them. Largely using film and a New Mexico Atlas & Gazetteer, John has collected thousands of images of the state’s past as seen from the present. He remains a hunter of ghost towns, empty houses, endless ribbons of asphalt, and more. 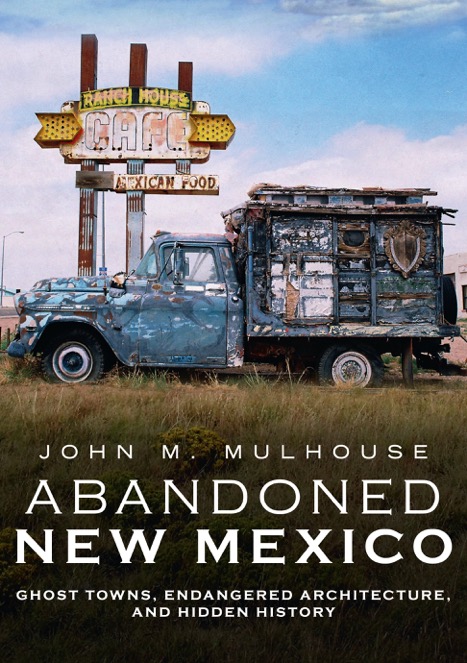 Like I said, every state needs a John Mulhouse. Let’s hitch a ride with John and head out west for some beautiful abandonment.

On Highway 60 we see the ruins of Spurs Saloon. In Lake Valley we see an abandoned safe missing its door in the desert where the Bridal Chamber Mine produced 2.5 million ounces of silver. Here a miner discovered a cave of solid silver chloride 26 feet wide and 12 feet high. The miner failed to realize what he had discovered and sold the claim for a few thousand dollars. “The ore was so rich it didn’t need to be smelted. A flame could melt silver right off the ceiling.”

Get your kicks on Route 66 in Cuervo, a Mother Road ghost town I-40 killed off. John writes: “Pulling into desolate (mostly) deserted Cuervo is like driving into the apocalypse, if the apocalypse happened in 1920. Just forget about the semis whizzing by, and there are only old cars and older houses, piles of clothes, and newspapers from decades ago, everything in that hauntingly arrested state that all aficionados of the lost desire.”

You’ll enjoy John’s photographs. Whether color or black and white they possess a haunting quality. The First Presbyterian Church of Taiban stands iconic on the plains beneath a swirling desert sky of pink, blue, yellow, and gray clouds. Makes me think of that line from the Eagles’ “Peaceful Easy Feeling.”

A soft-cover book, it runs 160 pages long with 150 photographs. If you crave to see the Old West up close and personal, you’ll like John’s book. Ambushes, shootings, silver mines, saloons, and more will slake your thirst. Be sure to read about the St. James Hotel in Cimarron, which is still open. It’s considered one of the more haunted hotels in the country and it should be. Twenty-six people were killed in its saloon alone. “Everyone from Buffalo Bill to Clay Allison to Zane Grey spent the night there.” Maybe. John points out that a lot of claims you hear out West aren’t entirely true.

In John’s book three sentences resonate with me and they apply to abandonment in any state. “Every place I had photographed seemed to hold a surprise. I found the pairings of these abandonments with their forgotten tales transformative. The process made me feel hopeful.”

“Hopeful” is the word. We’re still here, for now, but abandonment, sooner or later, will catch up with us. For now you can step into John’s shoes. Get signed copies of his book directly or check your favorite bookseller. Find John’s provocative blog, City of Dust, of which John writes, “The lost and wondrous wreckage of America. The ceaseless road to nowhere, yeah, that’s my home.”