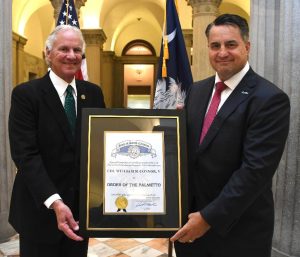 This is not a story of “I told you so.” Rather, it is a stirring – or so I think – tale of a man’s unconditional love for his sister and his daughter.

The story began a week ago when my good friend Col. Bill Connor texted me to tell me his sister and his daughter, both of whom were traveling together to Machu Picchu, Peru, had been unable to leave the country because of the violent unrest in the wake of former President Pedro Castillo’s ouster and arrest. Bill’s sister and daughter (whose names I will not mention) were initially turned away at the airport. They had a chance at another flight the next day, then the next, but as the protests worsened and became deadly across the nation, a state of emergency was announced with essentially martial law being declared. But with the Peruvian Army and national security forces (police) now being stretched so thin, they were unable to provide the requisite level of protection for the hundreds of foreign tourists and others (Americans included) who were desperately trying to get out.

Bill was understandably beside himself, though outwardly undisturbed, cool, and decisive.

Bill had previously warned both his sister and his daughter not to make the trip because of the impending threat of the collapse of the government. He would know: A 54-year-old retired U.S. Army infantry officer and former senior U.S. military advisor in Helmand Province, Afghanistan – leading U.S. Army forces, Afghan Army and police forces, and advising incoming U.S. Marine forces – Bill is widely held to be one of the nation’s top counterinsurgency and counterterrorism experts. His counsel certainly would have been enough for the world’s top traveling business and political leaders. But for a sister and a daughter? The dynamics right there remind me of Jesus’ words in Luke 4 where He says, “No prophet is acceptable in his hometown.”

This is not to fault the two women who made their decisions to travel to Peru based on supposed “other experts” who only reassured them of what they wanted to be assured of in the first place: That the situation in Peru was not going to devolve into anything dangerous and that they would be safe to travel there. After all, isn’t that what sisters and daughters do? Don’t many of us do that?

So off they went. The country erupted into chaos, and the two women found themselves trapped and afraid, calling home, with the understandably frightened 24-year-old daughter in tears.

What did Bill do? He did not condemn them. He did what any brother and father would do. He began making plans to go to Peru. He also contacted U.S. Congressman Joe Wilson’s office and got those wheels turning.

I talked to Bill on Sunday morning. He said his sister and daughter were going to try to get to Lima that night and fly out. If so, they would leave at midnight on a non-stop flight to JFK International in New York. If not? “I’m going to Peru.” His very words. His bags were packed.

By the grace of God, the two women made it to Lima, arrived at the airport, boarded the flight, and by Monday morning, Dec. 19, they were safely on U.S. terra firma reflecting on their adventure.

Bill and wife Susan are overjoyed. What a great unexpected Christmas gift they have received this year. For the two safely arrived Connor women, what a life lesson learned – trust your brother who knows and loves you unconditionally and your dad who loves you more than life itself. It’s a lesson for all of us and a lesson that will no doubt be shared within the Connor family for the next 100 years.