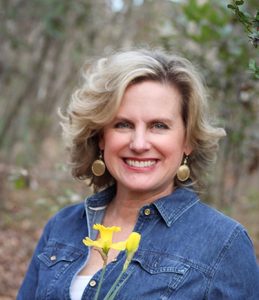 Everything That Matters Is Going to Be Alright

When I was 18 my house burned down. I knew it was going to happen. I dreamed it.

It was January and unusually cold for SC. Someone threw a blanket over me. The newspaper carrier drove me to our neighbor’s to get warm clothes. I remember my father standing in the water from the fireman’s hoses. It was starting to freeze. He was barefoot.

Later that day, my father called my boyfriend to come get me and take me back to college.

Fast forward 31 years – the Flood of 2015.  I was 49, the exact age of my mother when the house burned down.  The flood was my catastrophe.  This time, neighbors and volunteers stood in bare feet or flip flops.  Nobody had taken the time to grab rain boots or shoes.  Both sets of memories, my fire scenes and my flood scenes,  are full of people in shock and people in charge and lots of people scurrying about because they don’t know what to do but want be useful.  Those roles are probably the constants of any emergency.

The flood brought back many memories of the fire – reminders that all the stuff you lose is just stuff. At my childhood home we talk about things before the fire and things after the fire. It is the same for my daughter and me now. We speak in blocks of time, before the flood and after.

After the fire, I had to go back to classes at Columbia College. It was good for me, they said. Get back into your routine, I remember them telling me. After the flood, Laura and I both went back to school the day it re-opened. Same logic. Routine is good. Structure is best for everyone. I remember my dorm room feeling like a safe spot- untouched by the fire- and I felt the same way when I walked into my classroom. Nothing had really changed in those places- except me, of course. I was a different person after the flood, just as I became a different person after the fire. Stronger, deeper and with a sharper focus of what matters and what absolutely does not.

At some point during the flood, my college boyfriend- now a grown man with a wife and family – showed up. Thanks to social media, news travels fast so I was not surprised to see him. It was as much a comfort to me at 49 as it was at 18. This time he didn’t put me in his car and take me away.

He could not offer me escape, but he gave me something better.  He gave me strength.  He told me he had faith in me.  He told me I was up to the challenge.  Since this was our second time around with natural disasters, I trusted that he knew that to be true.  I hoped he was right.

Months later, he and his wife gave me a piece of art as a house-warming gift.  It was a framed photo of some grafitti  – “Everything will be okay”  – scratched on a wall at the Augusta Canal.  For the longest time, I couldn’t hang the gift because I wasn’t sure that everything was going to be okay.  I was hopeful but wasn’t 100% sure.

One day a little sticky note changed everything.  I wrote the words “that matter” on the PostIt and stuck it on the glass.  Now, the message read “Everything THAT MATTERS will be okay.”

The flood was almost four years ago, and the sticky note is still there.  From time to time it falls off.  I’ve taped and re-taped.  I like the adjusted message.  During floods and fires and in our everyday lives, we don’t need every single thing to be OK, just everything that matters.

Tammy Davis is a local writer.  Her first book, Chin Up, Buttercup, is available on Amazon.  Visit her website at www.tammydavisstories.com