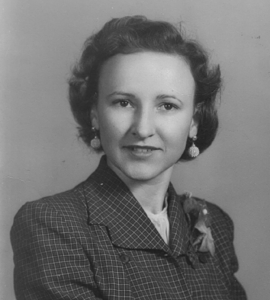 It is with profound sadness that I share the news of the passing of my dearest grandmother, Diecy Gray Brennemann. On October 5, she passed away peacefully at the age of 103 to be reunited with our Lord and Savior.

Diecy became a committed pioneer for women in the real estate industry, at a time when the industry was 100% dominated by men. She was the very first female real estate agent in Spartanburg, South Carolina (a job she proudly worked well into her eighties). But, unsurprisingly to those who knew her, her firsts were far from over.

She would also go on to become the first female Realtor of the year, the first female President of the Spartanburg Association of Realtors and would open the first female-owned real estate brokerage in the region on top of becoming a published poet! Her stick-to-itiveness, kindness, dedication and that “Diecy Smile” will always be remembered as her own secret sauce. These attributes combined in contributing to her long-standing seat at the table that has undoubtedly paved the way for the future careers of countless women in real estate in the upstate and beyond. As her former colleague stated upon hearing of her passing, “she was the heart and soul of our company and loved what she did.” 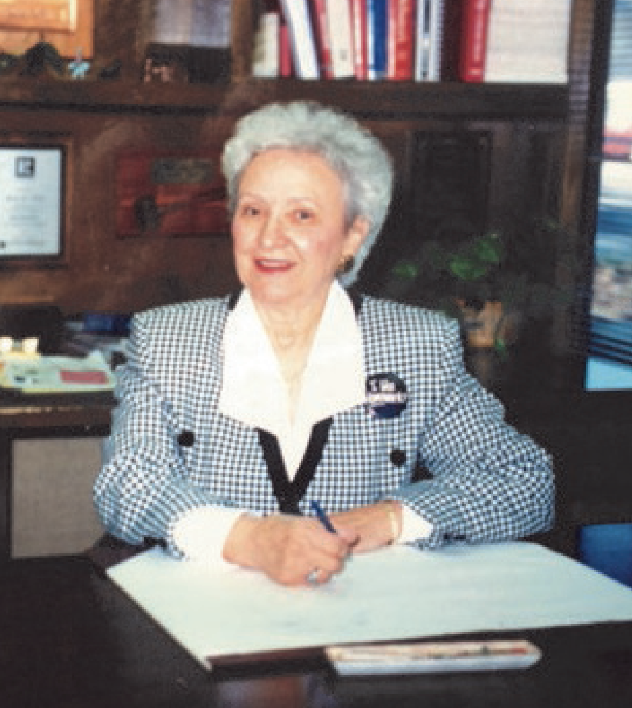 In many ways, I owe my own success to my grandmother too since she was the one who sold me my first investment property. The skills and experience I gained from owning that humble $50,000 duplex would serve as the foundation of what would become Blue Ridge Asset Management, purchasing complexes for 1000 times that initial investment and carrying on her legacy in real estate.

Above all else, my grandmother was a devout Christian and loving mother. If you were to ask what her most significant accomplishment was in her outstanding life, she would undoubtedly tell you all about her family. Not only was Diecy an incredible mother to her four children, but she was also fortunate enough to become a grandmother, great-grandmother, and great-great grandmother while wearing all badges proudly.

To say that she was an extraordinary woman would be a profound understatement. In fact, her remarkable life seemed destined from the start, with her parents bestowing upon her the name of South Carolina’s revolutionary war heroine, Laodicea (Dicey) Langston.

Much like her namesake, Diecy was a force of nature and persevered through an incredibly turbulent and devastating time. By the age of two, both her siblings and mother had passed away and shortly thereafter, her father would leave her to grow up in the care of her grandmother (as it was deemed improper for a man to raise a child alone at the time).

In 1941, the day before the attack on Pearl Harbor would wreak havoc on America, Diecy married her first husband, Jack Gray. Soon after, Jack was shipped out with countless other men to serve in World War II. He wound up stationed on the Aleutian Islands of Alaska, one of the most uninhabitable places on earth, and would sadly become bedridden and die at only 56 years old. While Diecy was fortunate enough to find love once again in Dr. James Brennemann, that love would also be cut short when he tragically died just eight weeks after their wedding day. While her undeniable faith and tenacity helped my grandmother continue on, her tragedies would not end there as just years later, my grandmother faced every parent’s worst nightmare when her dear son Chris died from exposure to the infamous “Agent Orange” in Vietnam.

Despite all the incredible adversity she faced, my grandmother’s story is not defined by her losses. Where some would have allowed themselves to be overcome by their grief, my grandmother used her experience to understand the pain and suffering that so many of us carry, but few are able to see. She chose love and empathy above all else, and to this day is the most caring person I have ever known.

Words cannot express the gratitude I feel to have known and loved such a remarkable woman who was wise even beyond her 103 years. While my grandmother’s loss will be felt by many, she will forever be remembered as a tenacious trailblazer, a shining beacon of her time, and the foundation that opened the doors for generations to come.

While we are saddened by her loss I take joy in her entering the heavenly gates and hearing “well done my good and faithful servant.” We take peace knowing that her earthly life is ending, and her heavenly life is just beginning.