First Reliance Bank celebrated the grand opening of its regional headquarters with a ribbon-cutting ceremony held at its retail and corporate offices in downtown Columbia on Thursday, January 12, 2023. Columbia Mayor Daniel Rickenmann, community leaders, and the First Reliance Bank executive and banking team from Columbia were in attendance. 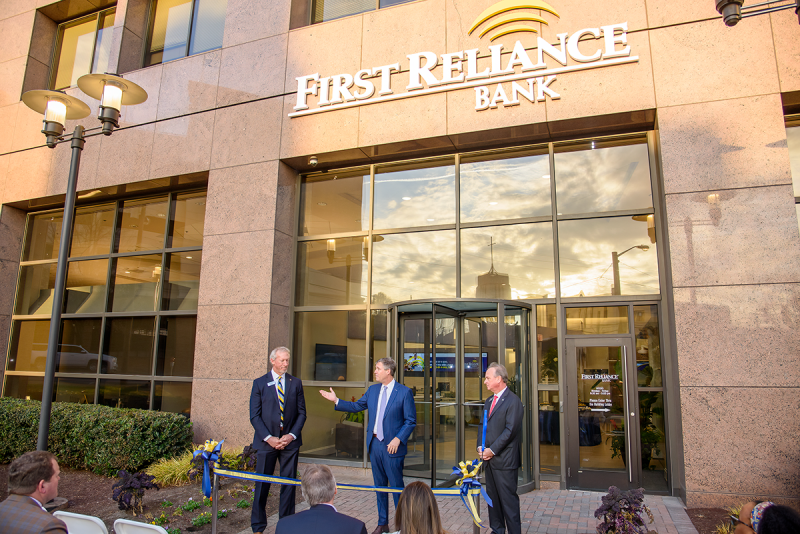 “We are very appreciative of the investment First Reliance Bank has made in downtown Columbia. The bank’s investment is important as it supports the continued growth of business and retail along the Main Street corridor,” stated Columbia Mayor Daniel Rickenmann. 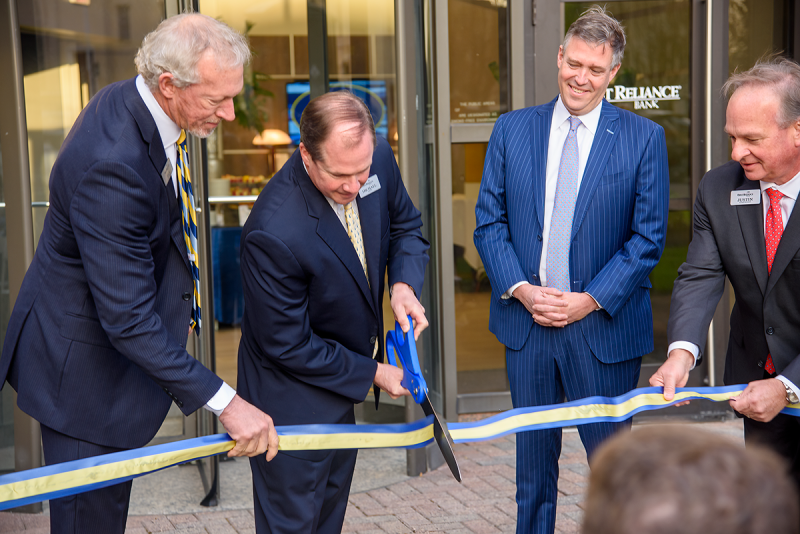 The morning event celebrated the completion of construction and official opening of the bank’s new retail banking center and corporate offices. “We’ve wanted to be in downtown Columbia for many years but waited until we had the right team in place in order to grow the market. Our team is now in place, and we have a beautiful facility to support their efforts in serving this community” shared Rick Saunders, First Reliance Bank CEO.

Founded in 1999, First Reliance Bancshares, Inc. (OTC: FSRL.OB), is based in Florence, South Carolina and has assets of approximately $946 million. The company employs more than 175 professionals and has locations throughout South Carolina and central North Carolina. First Reliance has redefined community banking with a commitment to making customers’ lives better, its founding principle. Customers of the company have given it a 93% customer satisfaction rating well above the bank industry average of 81%. First Reliance is also one of two companies throughout South Carolina to receive the Best Places to Work in South Carolina award all 17 years since the program began. We believe that this recognition confirms that our associates are engaged and committed to our brand and the communities we serve. In addition to offering a full range of personalized community banking products and services for individuals, small businesses and corporations, First Reliance offers two unique community-customers programs, which include: Hometown Heroes, a package of benefits for those serving our communities and Check N Save, an outreach program for the unbanked or under-banked. The company also offers a full suite of digital banking services, Treasury Services, a Customer Service Guaranty, a Mortgage Service Guaranty, and First Reliance Wealth Strategies.