Like the Black Crowe’s “Remedy, and its line, I need a remedy”, folks of yesteryear needed remedies and they came up with them. We call their aspiring cures “Folk Medicine.” Once again I’m writing about home remedies, folk medicine, and voodoo’s mixed bag of remedies and anti-remedies.

I’ve benefitted from folk medicine. When I was twelve, I had a disgusting seed wart on the knuckle of my left index finger. Dr. Weems Pennington, a legend, burned the wart off twice with an electrical instrument a bit like a soldering iron. The wart came back each time. I was working at Dad’s saw shop when a gent wearing a straw hat with a green visor spotted my wart. 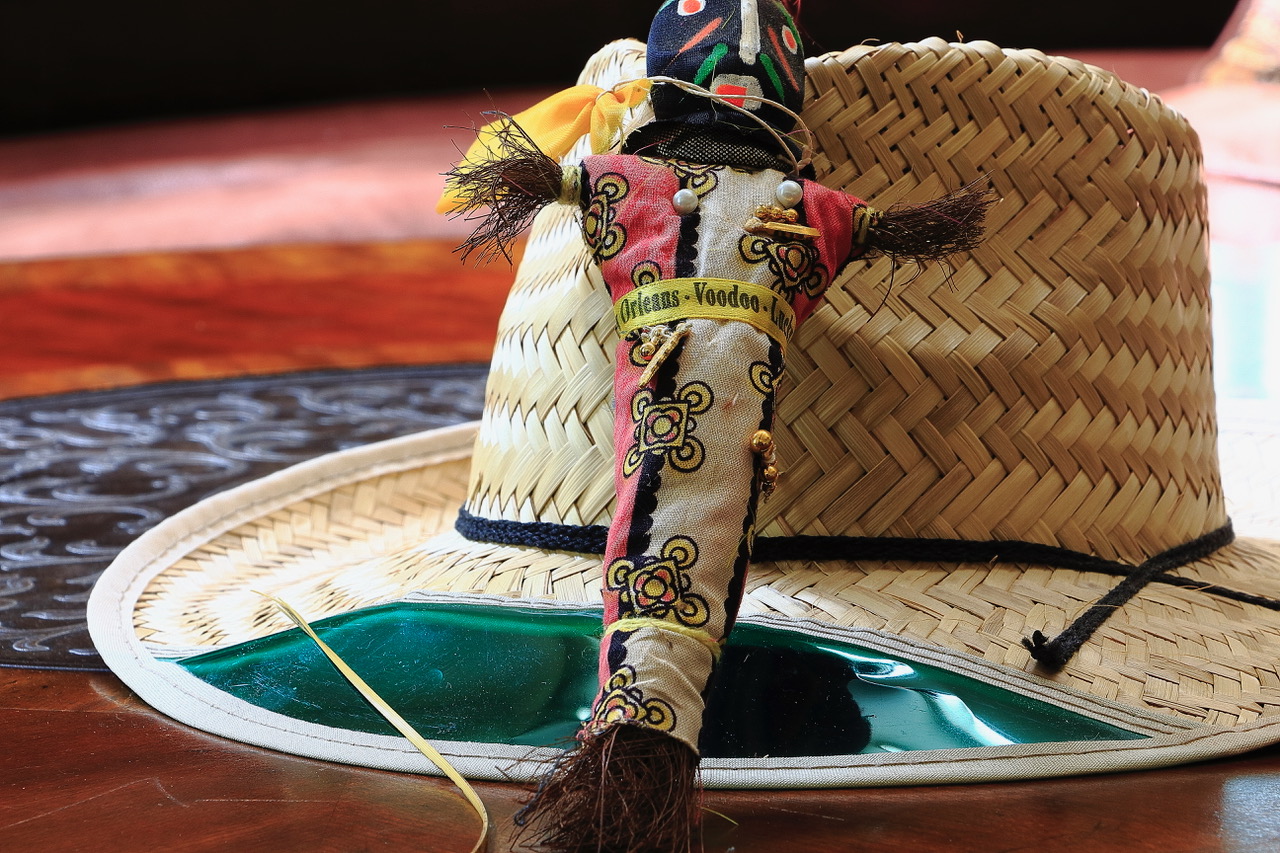 Removing warts and healing hexes—many folk medicine remedies are out there.

“I’ll show you,” he said. He went over to broomstraw and broke off a piece. He took my hand in his and rubbed the straw over the wart mumbling some mumbo jumbo. Then he broke the straw in half and gave me the part that had rubbed the wart.

“Go over to that grass and toss this straw over your left shoulder and don’t look at it. You wart will soon be gone. I did as he said and it was. It never came back.

When Dad was a boy, a swing hit his head, gashing it. His mother stuffed spider webs and soot into the wound to heal it and it did. Spider webs are reputed to hold medicinal qualities. Other quirky cures are out there. Got a nose bleed? Fold a small piece of cardboard and place it between your gum and upper lip. That’ll stop the bleeding.

In his memoir, Childhood: The Biography Of A Place, the late Harry Crews wrote about a large man who stunk. He smelled but the countryman could talk the fire out of a burn. Crews recalled a game, “crack the whip” that would introduce him to the fire talker. Crews and cousins were cracking the whip as a black kettle of water boiled at ground level. It was hog-killing time and pigs were quickly dipped in boiling water to make bristles easier to scrape off. As the kids cracked the whip Crews landed in the boiling pot up to his neck. A man pulled him out and set him beside it.

“I reached over and touched my right hand with my left, and the whole thing came off like a wet glove. I mean the skin on the top of the wrist and the back of my hand, along with the fingernails, all just turned loose and slid down to the ground. I could see my fingernails lying in the little puddle my flesh made on the ground in front of me.”

After a doctor’s visit, Crews’s family called in the fire talker. Crews said the man cursed the fire in every way imaginable and as far as his rancid smell, the hulking bulk replied, “A man’s got a right to stink.” I suppose he does. I, however, will pass on that privilege. Unscented works and an unscented remedy I came by works also. Ban Roll-On deodorant, unscented, dries up poison ivy rash pronto.

Akin to folk remedies are patent medicines. Granddad Poland wouldn’t be caught without his Doans Pills. They came in a small, green metal canister. Supposedly they relieved an aching back. He also kept Vicks VapoRub beneath his pillow so he could breathe better. Like Brylcreme I guess a little dab would do.

Voodoo priests have long treated patients with herbal remedies. These remedies consist of teas made of leaves of exotic plants to cure chronic pain and heal wounds. Just be sure to pay the priest or you may find yourself the subject of a hex.

Other supposed cures include copper bracelets, crystals, vinegar, and a blend of moonshine and honey. And if you suspect someone’s trying to poison your drink, just dip a fossilized shark tooth in and all will be fine. Yeah, right.

And Harry Crews? He recovered and went on to be the writer in residence at the University of Florida, blessing us with fine Southern tales.