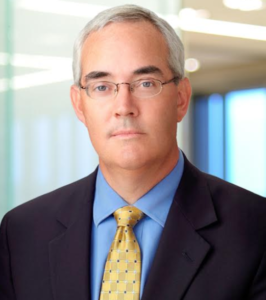 This week’s article provides insight from Nexsen Pruet attorney William Floyd. NP Strategy is part of the Nexsen Pruet family, working collaboratively alongside lawyers for the benefit of clients.

From the beginning, a local documentary team videoed the successes and failures throughout the process. They edited their multi-year recordings into an intriguing documentary, American Factory, which was recently released on Netflix. Although somewhat politicized (former President Barack Obama’s foundation helped distribute the video) and controversial, the documentary illustrates some important lessons for start-ups and union-free manufacturers. These include:

The local community needed new jobs after GM closed the manufacturing plant. Several years passed, and unemployment increased. The community welcomed Fuyao and eagerly anticipated the investment of millions of dollars and the creation of thousands of jobs. The new jobs required hard work, but at wages lower than previously paid by GM. The local community indirectly experienced positive and negative news arising from a plant.

Lesson: By intentionally connecting with the local community, an employer can partner with its neighbors in good times and bad.

The video depicts Fuyao carefully preparing the site and installing the equipment required to manufacture glass windshields, which is a delicate, technical process. Behind the scenes were national, state and local governmental leaders. At the grand opening of the facility, the company politely thanked those leaders for their support. One of the government leaders, however, publicly announced support for unionization, resulting in surprise and disappointment.

Lesson: Understanding the perspective of governmental leaders can be important to success.

One of the most compelling aspects of the documentary was the interaction between two very different cultures. Based in China, Fuyao successfully and efficiently operated there for many years. The company brought that experience and expectation to a community without a similar background. It relied on talented Chinese workers who did not speak English to train and sometimes supervise employees. Through their interactions, friendships sometimes developed, but so did frustration, misunderstanding and even resentment. The employees and employer would have benefited from more effective communication within the plant.

Lesson: Within a workforce, especially a culturally diverse workforce, good communication is essential.

As the new plant transitioned from initial start-up to regular production, its focus seemed to emphasize production and speed, sometimes to the detriment of safety. That triggered workplace injuries and investigations by the Occupational Safety and Health Administration. The UAW used that issue to rally support for unionization. Ultimately, employees chose to remain union-free, but the experience illustrates the importance of maintaining a safe workplace.

Lesson: Keeping the workplace safe is important, from beginning to end.

Many companies, including international manufacturers, come to the Carolinas and bring significant investment and new jobs. Establishing and maintaining effective communication, partnering with the surrounding communities and their leaders and concentrating on safety are important to the future success of those operations, as illustrated in American Factory.

NP Insights are published as a service to clients and friends. They are intended to be informational and do not constitute legal advice regarding any specific situation.