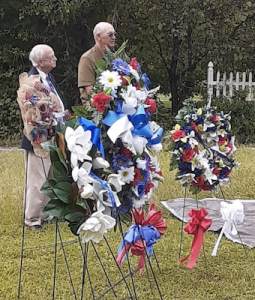 At midnight on July 15, 1776, 88 Cherokees and 102 Loyalists dressed as Cherokees (Scopholites) attacked a like number of the Little River Regiment defending the fort. After a brisk 2 hour gunfight, the attack was broken when the defenders sallied from the fort. Several of the attacking force were killed, wounded and captured.
The fort was commanded by Maj. Jonathan Downs. This was one of the first actions in the Cherokee War of 1776.

After the ceremony those attending will walk the site of the Fort. Ft. Lindley is in the top five examples in the South Carolina of still existing Revolutionary War fortifications.

The walk will take the group through the woods so dress accordingly (long pants and hiking shoes recommended). Ft Lindley is on private property, so this will be one of the few times it will be available for public viewing.

Pictures below are from a previous wreath laying event. 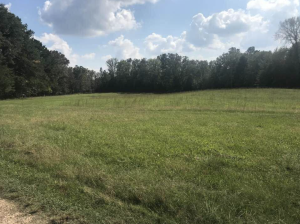 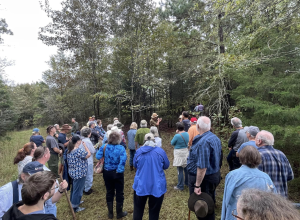 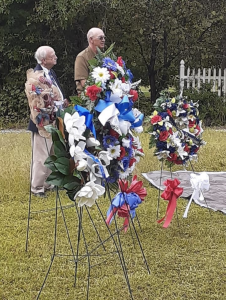 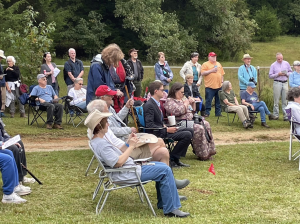