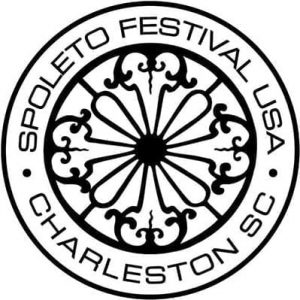 Ahead of its 47th season, America’s premier performing arts festival forges a plan for future growth

In their new roles, Dickman, Foxworth, Keller-Tripp, and Laidlaw will work to expand the Festival’s commitment to producing innovative artistic work of the highest caliber. “As we look to build upon our institution’s profound legacy, I am thrilled to welcome these talented and accomplished leaders to Spoleto,” says Hanna. “Their combined expertise in the cultural nonprofit sphere will galvanize the Festival and propel its next chapter.”

Spoleto’s new Chief Financial Officer Brent Dickman previously held top positions with Yale Law School, Yale University, the University of Michigan, and Union Theological Seminary. Dexter Foxworth was hired by the Festival in early 2020 to manage the operations of Festival Hall, and has since been named Chief Operating Officer, in charge of all operations and logistics. Prior to his work with Spoleto, Foxworth oversaw a collection of events and venues in Jefferson County, Colorado; served as the executive director of nonprofit Zebra Coalition; and led entertainment operations for Walt Disney Parks. Spearheading the Festival’s marketing team is Katharine Laidlaw, who led transformative rebranding and marketing initiatives at prestigious cultural institutions including Interlochen Center for the Arts and University of North Carolina School of the Arts, after an impressive career in theatrical production and brand management. On the artistic side, Liz Keller-Tripp served in production roles within industry heavyweights including Silkroad Ensemble, The Boston Conservatory at Berklee, and the Orchestra of St. Luke’s. At Spoleto—where, in her early career, she served as an orchestra management apprentice—Keller-Tripp will be responsible for programmatic elements as well as managing Spoleto’s stage management and production operations. Brief bios follow.

Marking an era of new leadership, the executives enter Spoleto at a critical juncture during its organizational life. Taking the reins as general director just one year prior, Hanna succeeded longtime organization head Nigel Redden, who retired after 35 years in 2021. Together with Spoleto Festival USA’s board, staff, and key external stakeholders, Hanna is driving a comprehensive strategic planning process, with the help of international consulting firm Advisory Board for the Arts. The plan is to be completed by February 2023, just ahead of Spoleto’s 47th season, taking place May 26 to June 11. Details of the forthcoming season will be announced in the new year.

Brent Dickman has more than 30 years of experience in higher education and nonprofit financial leadership roles. After serving in key finance and planning roles at the University of Michigan, Yale Law School, and Yale University, he served as the Vice President for Finance and Operations at Union Theological Seminary in New York City, where he led a financial transformation process to sell under-utilized real estate, renovate the campus, and merge the operations of another seminary into Union’s. More recently, Brent worked with PKF O’Connor Davies to assist clients in the higher education and nonprofit sectors with strategic planning, financial modeling and mergers, and also served as the interim chief financial officer at the Jewish Museum in New York City. 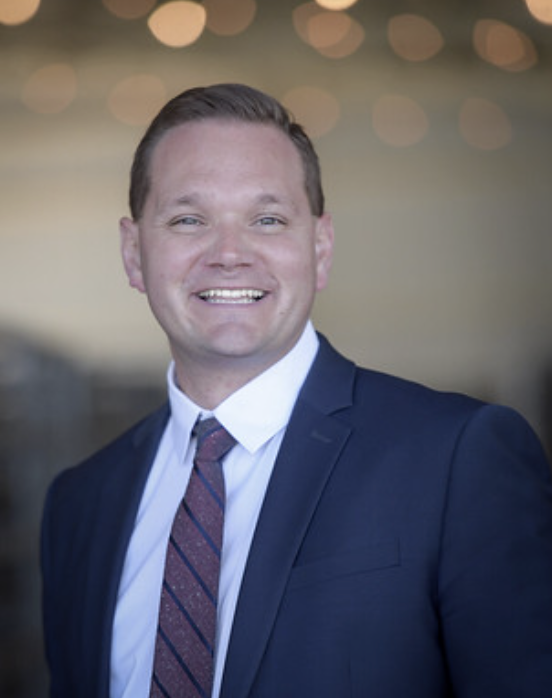 Dexter Foxworth has held numerous leadership roles in the corporate, government, and nonprofit sectors. An award-winning entertainment and operations executive with extensive background in creative live productions around the world, Foxworth has worked with such brands as Cirque du Soleil, ABC, and the Disney Company. He previously served as Director of Events and Venues for Colorado’s Jefferson County government, where he oversaw a collection of venues and a team that hosted more than 2,500 events annually. He also served as Executive Director for Zebra Coalition, a nonprofit dedicated to providing a continuum of care to LGBTQ+ youth, for which he established partnerships with the White House, NBCUniversal, Microsoft, IKEA, Disney, PBS, and the NBA to support the organization’s mission. In earlier leadership roles, Foxworth oversaw entertainment operations for Walt Disney Parks as well as projects for Walt Disney Imagineering. During his tenure with Disney, he worked on large-scale projects that were awarded two Daytime Emmy Awards and a Themed Entertainment Association Award. 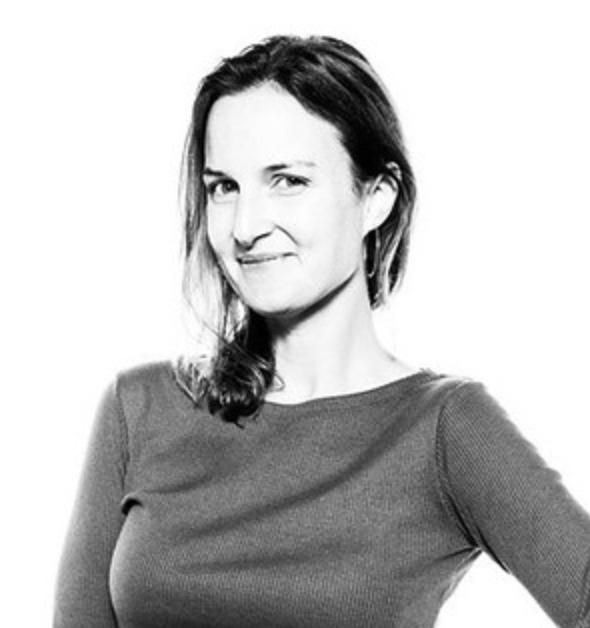 Liz Keller-Tripp is driven by creative experimentation, the thrill of live performance, and artistic practices from across the world. As Director of Performance Services at The Boston Conservatory at Berklee College of Music, Keller-Tripp built and led a new department in theater and opera production, concert logistics, performance technology, and strategic planning. Previously, she served as the Producer and Artistic Programs Director at Silkroad, where she directed creative content development and logistical planning to produce international Silkroad Ensemble concert tours, residencies to meaningfully engage communities around the creation of new artistic work, and arts-based programs to stimulate collaboration with a broad variety of partners. Professional highlights have included: performance tours across Europe, the Middle East, Asia, Australasia, and the United States; three recordings, including the 2016 Grammy Award-winning Sing Me Home; and interdisciplinary partnerships with refugee communities in Jordan and Lebanon. Before joining Silkroad, Keller-Tripp was Manager of Artists and Programs at the Orchestra of St. Luke’s in New York. She also worked with G. Schirmer, Musica Sacra of New York, and was a 2004 Spoleto Festival USA orchestra management apprentice, after studying arts management and flute performance at Shenandoah Conservatory in Virginia. 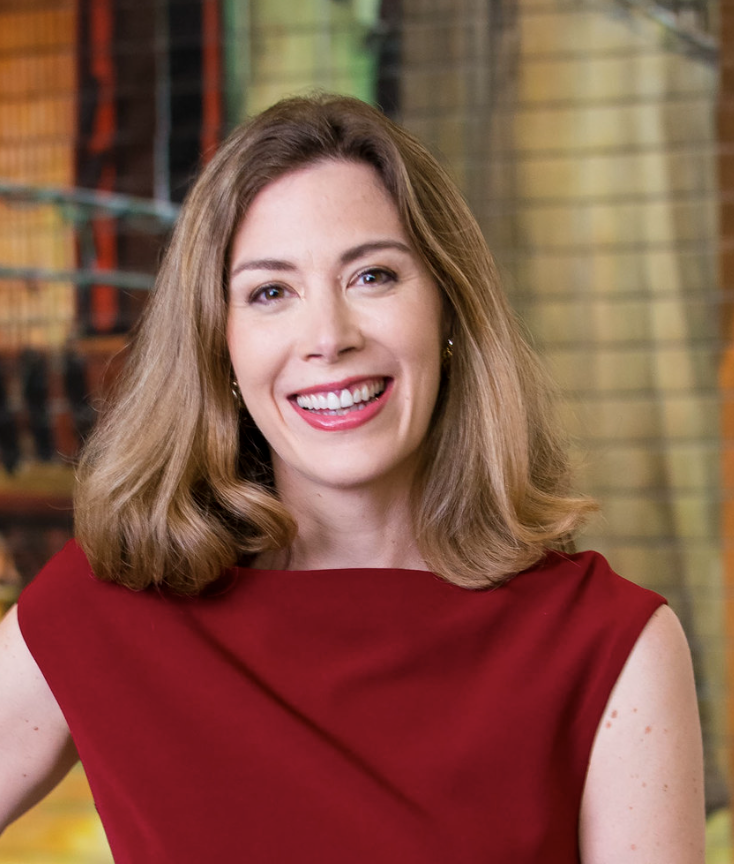 Katharine Laidlaw is an Emmy-winning producer and brand strategist who has led transformative rebranding initiatives for two of the most prolific arts education institutions in the United States. As the Vice President for Strategic Communications and Engagement at Interlochen Center for the Arts, she developed a new brand strategy, visual identity, website, and recruitment campaign that generated triple-digit inquiry increases and a ten-fold increase in student applications. She was also responsible for promoting more than 600 events a year, with a goal of generating more than $3 million annually for student scholarships. Prior to Interlochen, Laidlaw served as the Chief Marketing Officer at the University of North Carolina School of the Arts (UNCSA), where she oversaw marketing, communications, public relations, and brand management, eliciting numerous CASE, Higher Education Marketing Report, and Collegiate Advertising awards. Laidlaw also served as UNCSA’s first Executive Producer, in which she produced all large-scale productions and events, promoted more than 300 annual performances, supervised operations for its performing arts center, and oversaw the box office and front-of-house functions for the university. She began her career in commercial theatrical production, first at Fox Theatricals in Chicago and later Waxman Williams Entertainment in New York, with credits that include eight Tony nominated productions and the Broadway premiere of a Pulitzer Prize-winning play, in addition to several West End, Off-Broadway, and regional productions. Laidlaw also has served as a panelist for the National Endowment for the Arts and a corporate sponsorship consultant for Broadway. Her brand-marketing experience includes positions with The Coca-Cola Company and Hanesbrands, Inc. This month, she will speak at the American Marketing Association Symposium in Baltimore, Maryland.

Spoleto Festival USA was founded in 1977 by Pulitzer Prize-winning composer Gian Carlo Menotti, who sought to create an American counterpart to the annual Festival of Two Worlds in Spoleto, Italy, that he had founded in 1958. Now approaching its 47th year, Spoleto Festival USA is internationally recognized as America’s premier performing arts festival. For 17 days and nights each spring, Spoleto Festival USA fills Charleston’s historic theaters, churches, and outdoor spaces with performances in opera; theater; dance; and chamber, symphonic, choral, and jazz music. Spoleto’s mission is to present programs of the highest artistic caliber while maintaining a dedication to young artists, a commitment to all forms of the performing arts, a passion for contemporary innovation, and an enthusiasm for providing unique performance opportunities for established artists. Beyond its role as a launching pad for young talent, Spoleto also serves as a catalyst for cultural change and has aided in Charleston’s flourishing as a top arts and culture destination. With General Director and CEO Mena Mark Hanna at its helm, the 2023 season takes place May 26 to June 11 in various locations on the downtown peninsula. Spoleto Festival USA is a 501 (c)(3) charitable organization.