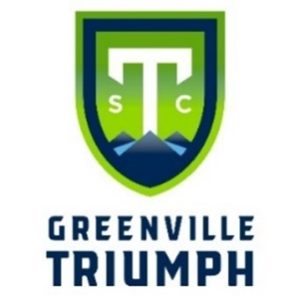 The Greenville Triumph and Greenville Liberty will play their home matches at Furman University’s Paladin Stadium in 2023 as the soccer club works toward construction of a multi-use stadium to host matches as early as 2024, the team announced today.

“We are proud to call Furman University the official match home of the Triumph and Liberty,” said Chris Lewis, president of the Greenville Triumph Soccer Club. “Furman has been a fantastic partner as the training site for the Liberty. Furman’s sophisticated athletic facilities, resources, and core values make it a perfect fit for our organization and playing our home matches at the stadium only builds on that relationship.”

Greenville Triumph Chairman and owner, Joe Erwin, praised Legacy Early College and its founder, William Brown, for their hospitality. “Though we originally planned to stay just two seasons, the school graciously accommodated us for two more years,” Erwin said. “We will be forever grateful for the memories created on that pitch, the school administrators and staff with whom we worked, and the incredible scholars we’ve met along the way.”

The Triumph will continue its Legacy Early College internship program and have donated a scoreboard, field improvements and stadium amenities to the school.

“At Furman, the team will continue to build on the fan experience the organization has committed to providing since its inception,” said Doug Erwin, vice chairman and chief brand officer for the Triumph. “Fans can look forward to the improved amenities and greater capacity of Paladin Stadium.”

“Furman University is honored to partner with the Greenville Triumph and Greenville Liberty, and we are thrilled to host them on campus this season,” said Vice President for Athletics Jason Donnelly. “Their mission to use soccer as a platform to inspire unity and create joy in a way that unites the people of Upstate South Carolina and beyond both complements our university’s goals and helps us to extend our Paladin reach.”

The Greenville Triumph kicks off its fifth season at home against the Richmond Kickers on March 25 and will release the full season schedule Jan. 11. The Greenville Liberty is expected to begin its second season in early May. For tickets and information, visit www.greenvilletriumph.com and www.greenvilleliberty.com