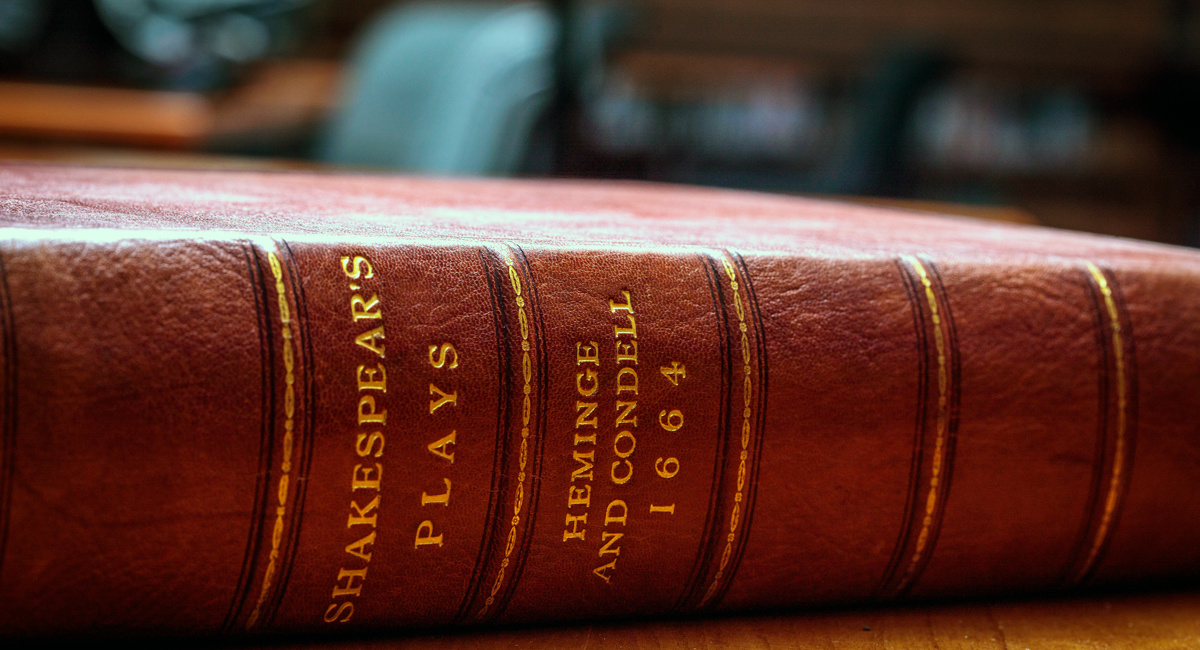 A Third Folio of Shakespeare’s plays printed in 1664 has a permanent home at University of South Carolina Libraries.

The book, a gift from Chicago attorney Jeffery Leving, along with the university’s copies of the Second and Fourth folios, will provide a rare opportunity for students, faculty and other researchers. Widely regarded as the greatest writer in the English language and the world’s greatest dramatist, Shakespeare produced most of his known works between 1589 and 1613.

“Scholars spend a good deal of time working with facsimiles and digital versions of Shakespeare’s plays, so the chance to work directly with archival materials is invaluable,” says Nina Levine, professor of English and associate dean of Arts, Humanities and Social Sciences in the College of Arts and Sciences, who publishes widely on Shakespeare.

The three folios together also benefit UofSC students who will be able to study Shakespeare’s afterlife in print in the 75 years following his death, Levine adds.

Every copy of a Shakespeare Folio tells a piece of a larger story, and when these copies are brought together, interesting things start to take shape, says Greg Prickman, the Eric Weinmann librarian and director of collections for Folger Shakespeare Library in Washington, D.C.

“The Third Folio is an important piece of the puzzle of how Shakespeare became the iconic figure he is today, and this evolution becomes apparent when the Second, Third, and Fourth folios can be studied alongside one another and their differences compared,” Prickman says.

‘Third Folio is the rarest’

Many of Shakespeare’s plays, which were written to be performed, were not published during his lifetime. The First Folio, the first collected edition of Shakespeare’s works was published in 1623, seven years after his death, by two fellow actors who compiled 46 of his plays to preserve them for future generations. A Second Folio was published in 1632, and the Third Folio, which was published in 1663 and reissued in 1664, has been described as rare, compared with the Second and Fourth (1685). The reason for its rarity has been debated, but speculation is that many copies were destroyed in the Great Fire of London in 1666.

The second issue, is significant, Levine says, because it was published shortly after the theaters reopened following the Restoration, and it included seven so-called “new” plays. Shakespeare may have had a hand in some of these additional plays, but only Pericles is attributed to Shakespeare today.

“The Third Folio is the rarest of the folios. Having one in our collection provides a more enriching classroom and research experience for students. And it puts us in very good company. Harvard, Yale, Duke, Rutgers and Emory universities all have copies,” says Tom McNally, dean of University Libraries.

Fewer than 50 copies of the Third Folio are cataloged through the Online Computer Library Center, says Elizabeth Sudduth, associate dean for special collections and director of the Irvin Department of Rare Books and Special Collections. Not all copies — such as those in private collections — are included in this global library cooperative, but it is an indication of the quantity in existence.