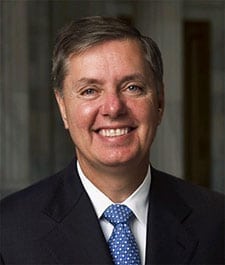 The funding is for SCPA’s busiest container terminal, the Wando Welch Terminal.  The funding will allow SCPA to construct an underwater retaining wall adjacent to the existing bulkhead and deepen three berths to serve larger ships.

“This is great news for the Port of Charleston and our state’s export economy,” said Senator Graham.  “Just last week South Carolina announced we had set another record for exports.  Improvements like this at the Port of Charleston will help us continue growing our economy and creating jobs. I want to thank Secretary Chao and the Trump administration for recognizing the importance of this project and awarding this grant.

“I also want to thank all the members of the congressional delegation who supported this project,” said Graham.  “We understand SCPA is a top economic engine for South Carolina, helping provide over 187,000 jobs and generating $53 billion in economic activity.  Improvements like this at the Port of Charleston are critical to regional economic prosperity and help ensure the United States remains competitive in a growing world economy.”